This is the last of the Valentine cards. This is a slimline card that will fit in a no.10 envelope. I folded the card base, added some layers and then finished it off with some things I found in Cricut design space. 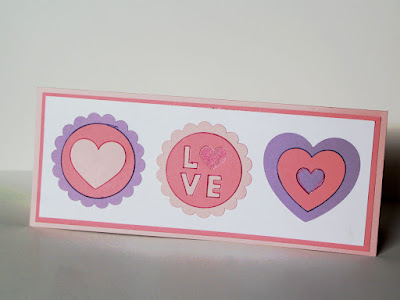 I guess I'm kind of stuck on making Valentine cards at the moment. I made a simple 4.25" x 5.5" card using plain white cardstock. I added a craft paper with red hearts. Then I found a design I liked on Cricut's design space and I made it a print and cut. I put half of the design on the front of the card. 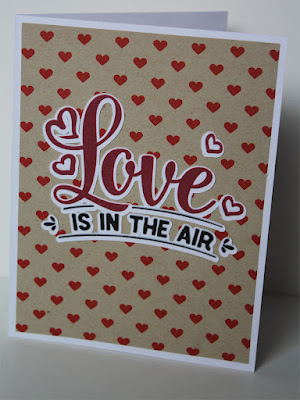 And the other half of the design on the inside of the card. 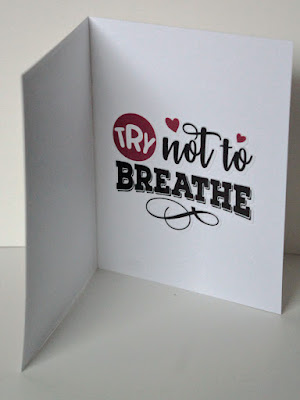 This one is for those of us that are single on Valentine's Day.

So today I have the card that I redid. As I said yesterday, this time I skipped the embossing. I found a snoopy image on Clipart-library.com and used that for this card. I uploaded the image to Cricut design space and then did a print and cut. I did the same with the hello Valentine. Like I also said yesterday, I had some operator errors when doing the print and cut. I neglected to attach some items so they didn't cut in the correct spot on my cardstock. That meant that I had something cut through the hello Valentine. I didn't want to throw it away so I glued all the pieces together onto the card. You can tell if you look real close but it looks good enough. 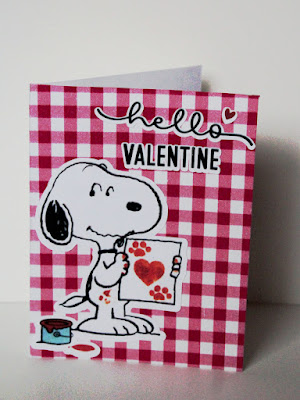 I had a nice day off yesterday. Aside from doing laundry, I spent most of the day playing. I  would say that I had more failures than successes but I had fun and that's what counts.

I had seen a technique that I wanted to try. You use plastic wrap and you can fuse either napkins or tissue paper to regular cardstock and envelopes. I did the envelope first and it turned out pretty well. The card was good but I used a check tissue paper and it was crooked. Then I thought I would try and emboss to give it some texture. It ended up warping the paper. 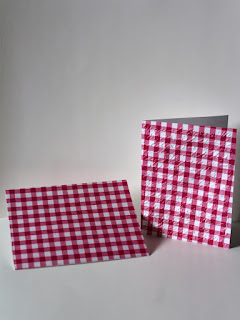 Here you can see the back of the envelope. The flap is covered in the tissue paper. 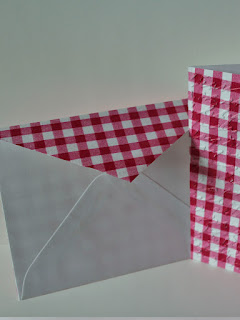