No, I'm not growing a beard. Although those pesky chin hairs that have started popping up could turn in to one I suppose.

Monday I had an appointment in Erie so after I was done I stopped at Hobby Lobby and picked up some fake fur for my gnomes.

This one is my favorite so far. I added some cute little jingle bells to the top of his hat and some glitter pom poms to the cuff. 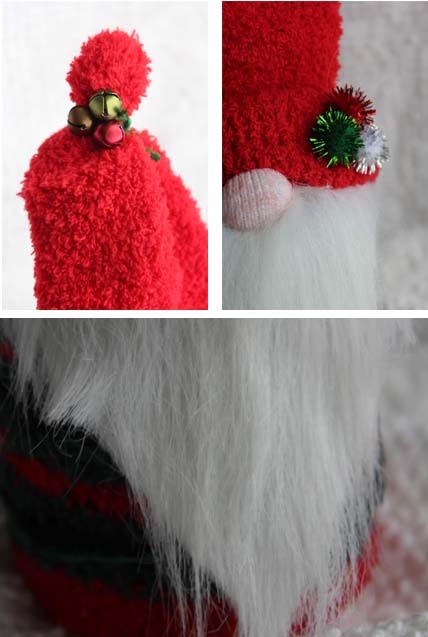 I love the fake fur beard. 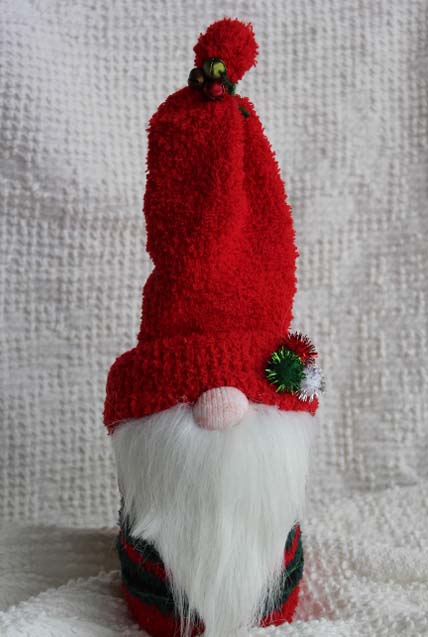 Here he is standing next to one I made with the other material for the beard. The old stuff is ok but I think the fake fur looks much better. The other stuff is certainly way cheaper though 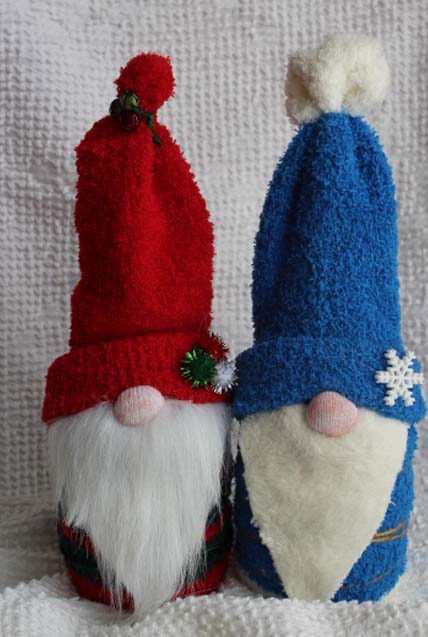 These turned out so cute! I like their hats!

they are getting cuter and cuter each time, love the new beards and this is my favorite to

Yup, the fake fur does look better - in any case they are adorable.

Yes I like the fake fur but the other one is just as cute! You are doing such a great job on those. I have not been crafting as much but I have so much other stuff to do....after Christmas, I will get busy then.

I agree. The fake fur is so much better! I had thought they were perfect before, but now they have the finishing touch! How can you walk through Hobby Lobby without leaving with a cart full?

They are both cute, but you're right the fake fur is the better look.

The fake fur is really cute!

This morning, I visited Missy's blog and she has a gnome that I thought you would enjoy seeing - with legs and boots! lol
http://missymax-thisandthat.blogspot.com/2017/12/decorated-for-christmas.html

I love the beard, great job!