Since I had all the stuff out from making the sock gnomes, I thought I would make some more of the sock snowmen.

I repeated last years version of using an orange toothpick for the nose but for some reason I just didn't like it this year. The nose is just way too skinny. 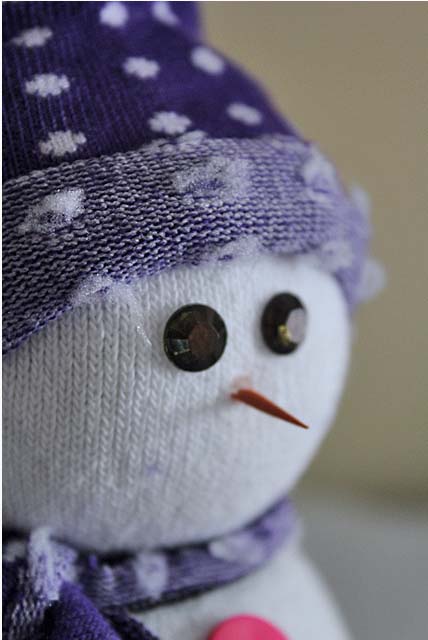 I decided that this little cutie needed a nose job. But I couldn't think of what to use instead. Then it hit me. I had scraps of orange felt and some orange embroidery floss. I decided to see if I could make something that might slightly resemble a carrot. I rolled a small square of felt into a sort of cone shape and then wrapped it with some floss to hold it. Then I made a little knot and slid it over the toothpick that was already there. 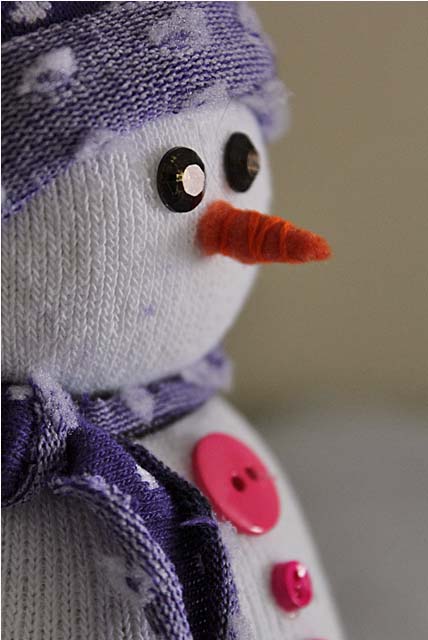 I think this snowman looks much better now with his brand new nose. 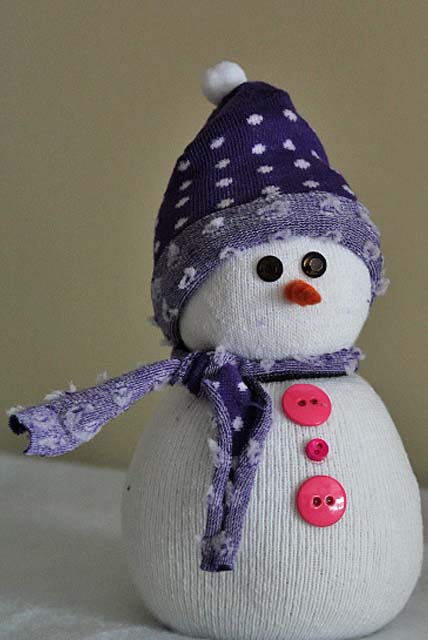 After I got done getting the pictures ready for this post I did a little playing. 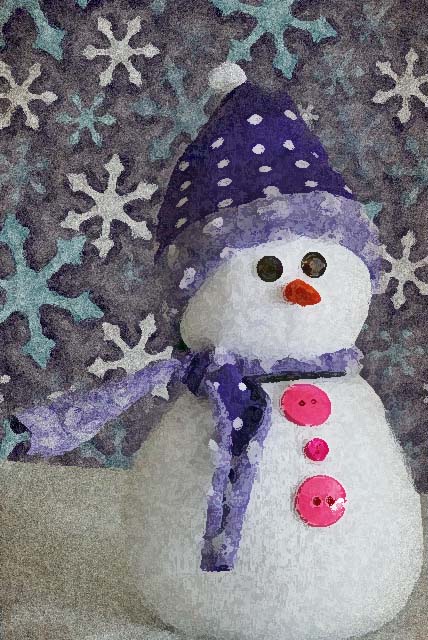 I like both noses! I do prefer the bigger felt carrot you made. Such a cute snowman and the edit is fun. Would make a great Christmas card.

Now see, that's why you are the creative one. So much better than just a little toothpick! And while he is definitely adorable I still prefer my penguin. Usually he sits on a bookshelf in my office but I have moved him to the living room as a little seasonal decoration. I LOVE my little penguin...

He is adorable and i like that bigger better nose.. i agree, the tooth pick was to skinny. great idea and it looks like a real carrot to me.... he would make a great gift, you were asking about what to get someone, and there he is

I love him! You made his nose much better! You are so creative!! What is he stuffed with, the shape is perfect!

His nose came out really cute. Your crafts are always adorable!

I agree, the new nose is much better. But you are most a master of the digital enhancements.

Yep...better nose. You are so creative, Ann! I love to see what you make.