For years now I've been reading about applesauce/cinnamon ornaments. Every year I say I'm going to make some for the holidays and every year I end up not doing it.

This year I decided that I was going to make some to sell at the craft show.

Last weekend I had some hearts in the oven 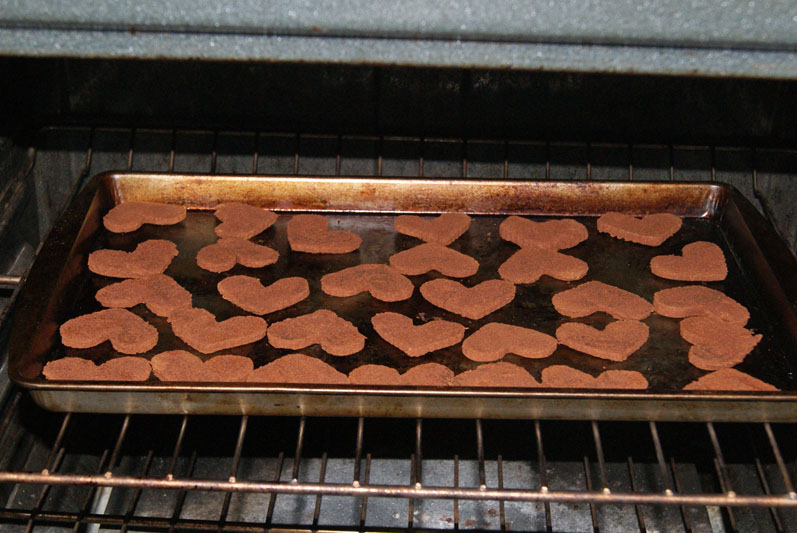 and I also made some little applesauce/cinnamon pumpkins. 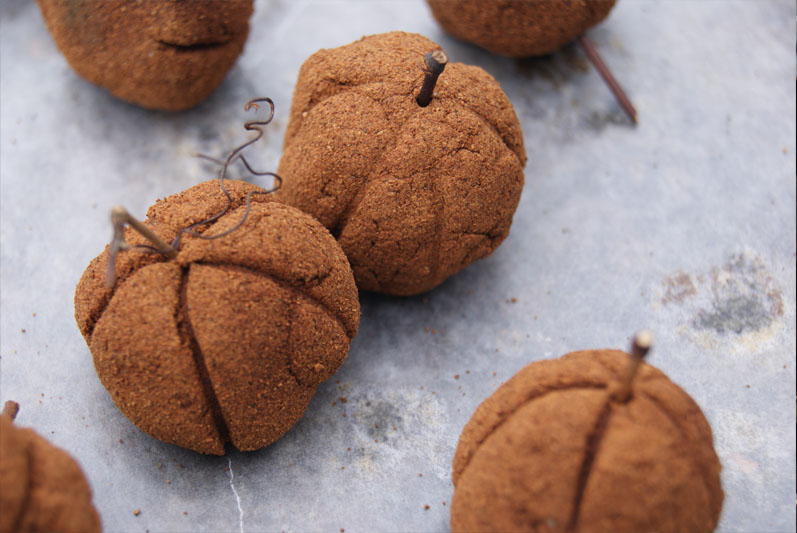 My kitchen smells amazing. I've heard that the scent lasts for quite some time but since I've never made them before myself I can't say for how long
Posted by Ann at 12:30 AM

The pumpkins look so cute! I bet they smell so good. But can they spoil, can you eat them, how long will they last?

It must smell so great!! Those little pumpkins are adorable!

Oh I can just imagine the scent in your kitchen, how lovely. The pumpkins are so cute :)

Those are really cute!! LOVE those smells!!

I LOVE the whole concept of this idea. Especially the pumpkins!

i can almost smell that smell, I love cooking cinnamon and apples, that is the kind of candles i buy, and i bet this was even better. cute little pumpkins.

New to me, I dried some apples in the dehydrator at my work this last week.

I've never heard of those but you're making me long for fall even though I still want to enjoy summer! :)

Yeah, I want to know more about how these are made...are they food? Do they spoil (and rot?). More information please....(Not that I would make them or anything but I do like to know how you make stuff...)

I have sen the hearts but have not seen the pumpkins...they are really cute.

These are really cute! I bet your kitchen does smell good!!

How cute and you're really doing the crafts of late. Good for you. You'll have lots to sell at the show. I'm sure your kitchen smells wonderful.

Have a fabulous day. My best to Duke. :)

I made these with my grandson several years back and they really do smell wonderful. We made gingerbread shapes and put little holes in the hands then tied with ribbon to form a garland. We must had rolled the dough too thin because they cracked easily. I was really sad.

Your pieces look nice and thick and the pumpkins are so cute. I know they will be popular!

Yum... Bet your house does smell good. All of the little craft items you are making are adorable... I hope you do well at your booth. When is that?

Hello, fellow Westie owner! Thanks for stopping by my blog....I've been out of town, staying at my 86-year old mother's house that doesn't have internet hookup. That's why I took so long to respond to your friendly comments...

Anyway, your blog is lovely, and I think the ornaments are something I might try. I will definitely be back again!

Oh those look so yummy and I bet they do smell yummy too. What a great idea.So just pass some on over here. Take care.

They do make the house smell great! I actually have something similar coming up on my blog for my Christmas in July special. Not ornaments, but something along the same lines....

Kay made some last year but they didnt turn out the best lol ...smelled awesome though! Those pumpkins are so damn cute!

The kids made them when they were little and they still smell!

If those are the same as what my now 19 year old son made while in pre-school, the scent is still on the one we have in the ornament box. Not as strong but still cinnamon.

They will be perfect, I bet they will sell well. They definitely keep the Christmas spirit for many years. My 21 year old made mitten ornaments in Kindergarten and we put them on the Christmas tree every year, they still have a cinnamon scent.
Hugs, antonella :-)

They look great...how do you make them??