A while back I saw some candles on Pinterest that I liked. They didn't have instructions so I had to sort of wing it and figure out how to make them from the picture.

They aren't a very bright candle because they aren't even a real candle. They are made from fabric.

I sewed a tube of fabric with the end kind of pointed. Turned it, stuffed it and glued it to a clothespin. I tied a piece of string just underneath where I wanted the flame to be then painted in the flame portion. I used hot glue to make the appearance of wax dripping then covered the whole thing in glue and rolled it in a coffee cinnamon mixture. I did that several times so that it was completely covered and rather stiff. The purpose of the clothespin is to attach it to a branch of your tree. 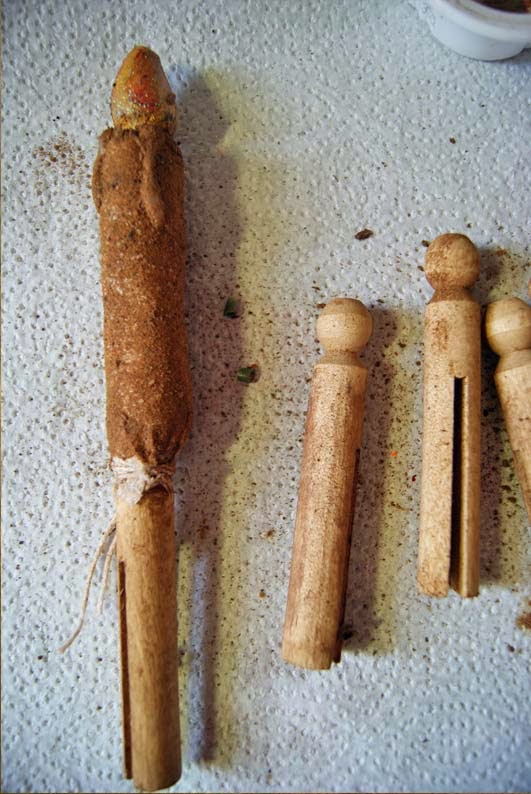 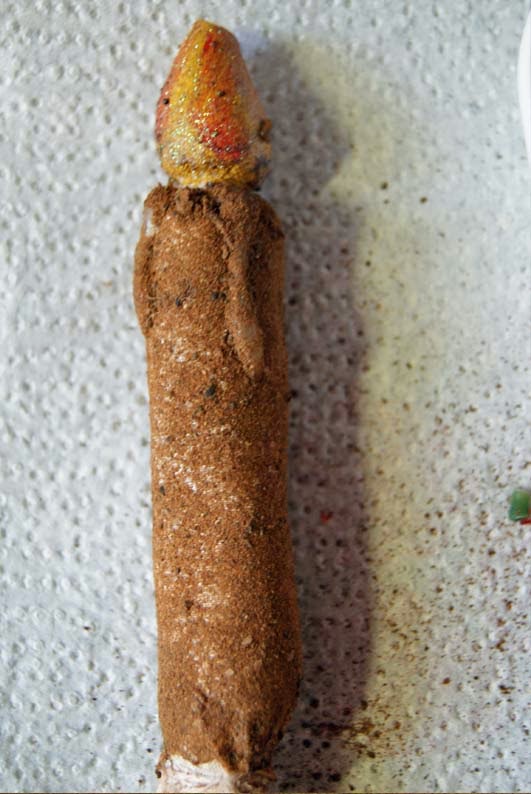 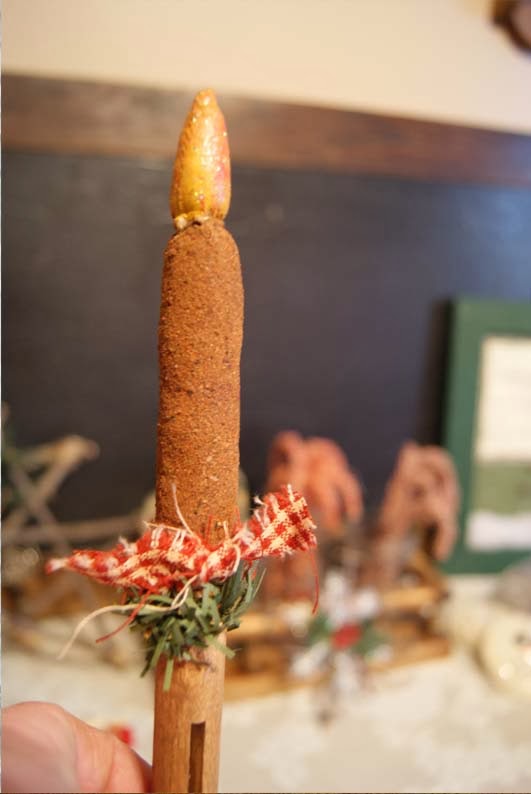 Hopefully this week goes by fast because I'm already looking forward to the weekend and doing a whole lot of nothing. I'm already sick of snow
Posted by Ann at 12:30 AM

How lovely, simple and effective!

These are pretty... esp with the checked bow :D i am a master of doing nothing these past few days :D

Well we think that candle is just the greatest. Doing nothing sounds great to us too. But the Person does have to feed all of us. Have a great day Ann.

Way cute Ann. You are so crafty.

I wonder if they will stay upright on the tree, though. Your cinnamon rolled things must smell wonderful, though.

Umm, probably just me but it looks like something other than a candle...

On the other hand those clothes pins - very old fashioned (I only know the clip on kind) and would make great angels....

What a brilliant idea! Seriously these are great!
TFS!

Nice idea Ann. You have a knack of finding and making cute things!

i like that last photo, cool. and no fire hazard either when on a tree. i like that part to...

I was thinking the same thing as Grace! Well, okay, I don't know what she thinks it looks like but I was thinking of something other than a candle too! LOL! I just amused myself to no end!

What a cute idea! You think of the cutest things!
hughugs

That is really neat, I imagine there is also a pretty cinnamony smell? I am with you about the snow. My hubby left to go out of town on Sunday, so I am sick and tired of shoveling (he did the heavy part of the Saturday/Sunday snow, but I had to do the final clearing and the walkway) and then yesterday it was just me to do the first shoveling in the morning... At least it is supposed to "heat up" over the next few days....
Hugs, antonella :-)

Oh wonderful! What a fabulous idea! I haven't seen these before. You know I love anything to do with fabric :)

Very cute! I'll bet they look really cute on a tree. Isn't Pinterest great? I've seen so many fun things to make there.

And for the record,I was tired of the snow the first day we got it! I'm sending my message to the "Snow Gods" so that they keep it away from me this Christmas. My kids will be driving home the day before Christmas Eve, and going back home the day after Christmas. I want dry roads for them.

P.S. Best comment ever about the stockings the other day!!

You make everything seem so easy. :) Don't wish your time away! Enjoy today!!! :)

Umm, may I suggest you paint them a different color so that they do not look look too much like something else to degenerates?

They look great Ann!! Feel free to send snow our way, I desperately want some for Trojan but all we are getting lately is lots of strong winds!!!