Something is better than nothing

I thought that maybe I would spend the weekend doing nothing but craft projects. I did do some but not nearly as much as I had anticipated. Turns out the weekend was much better for napping and lounging than crafting.
That being said, as I mentioned, I did do a few things. I finished up a couple stick snowflakes that I had started. 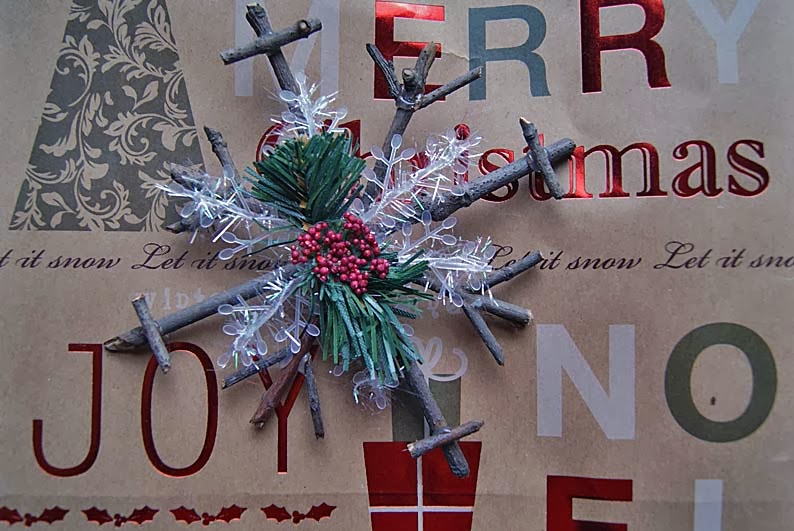 Then I decided to do a little playing with my photoshop elements. I haven't done much of that at all in a very long time. This is a little on the busy side with the gift bag that the snowflake was laying on but I still thought it was quite festive. 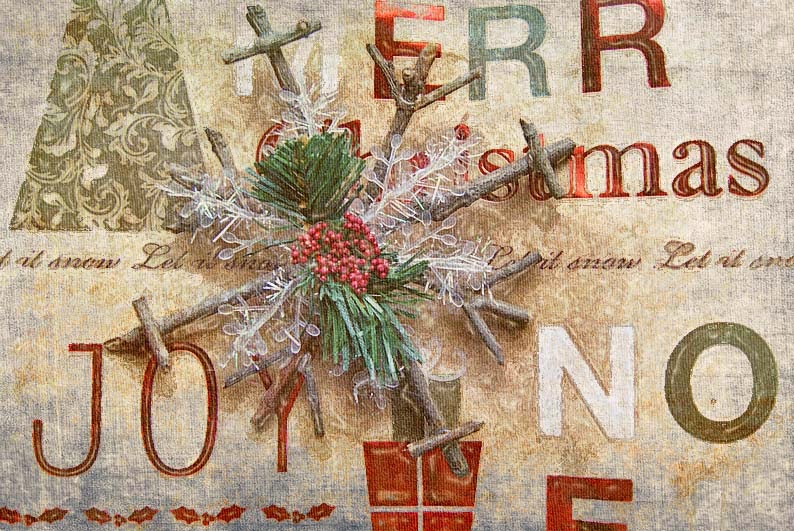 I also was on a short roll with my sewing machine. I was working on a couple embroidery designs that I purchased. I was doing good until I ended up with a HUGE thread jam. I got all the thread out and I think the machine is ok but it put an end to my enthusiasm for the day. Oh well, I'll get back to it another day.
Posted by Ann at 12:30 AM

The snowflake looks great Ann, at least you completed one project over the weekend!!

Oh Ann! These are SO pretty!
Sorry about the jam though...;o(
hughugs

I finally had to get serious yesterday and did a load of laundry or two.

i like the snow flake and the edit of it to. that makes a great Christmas card... thread jams are just one of the reasons i can't sew, the other is lack of patience with said jams...

Hope you have a great week, Ann.
Hugs,
Betsy

So cool! Will you be hanging it on your tree?

I love the snowflake. Too cute.

I wish I was crafty, but you would never want to see anything I attempted to make. Me either.

I like the picture - I remember when I used a sewing machine - thread jams are totally a 'throw up your hands and just say the hell with it' situation.

Love your stick projects, and your "playing" worked out very nicely... I keep saying I am going to collect my sticks for a project and keep forgetting (the first thing to go is the memory...)
Hugs, antonella :-)

So much time, and so little bacon frying. Alas, it is indeed a most trying time for Duke and Wade.

The snow flake is terrific. I would never attempt anything to do with thread. It would always get all jammed up. We think you are doing great.

Love the snowflake and then what you did to the photo too! Thanks for giving me another reason why it's okay I can't sew!

That would make a cute holiday header, Ann! It looks GREAT!

Even though it will be high in the 70's this week, we will play Christmas music and get decorations out and maybe crank on the air. lol :)

I do not like those thread jams at all. For me it's a "P O" excuse to quit. Otherwise Bud would get my wrath.

Love the snowflake idea too Ann. You're so crafty. And I mean that is a good way.

Lovely ornament and I really like that photo texturing in Elements! I had a thread jam the other day too. Marty had to hold his paws over his ears because of my utterances, LOL.

Recently, I've been getting better at napping too! However, have to say I love your stick snowflake - and the photoshop version is not too busy, but simply, stunning!

Hello Dear Ann, finally getting a moment to visit some of my favorite blogging friends and enjoyed scrolling through your posts! I love the snowflakes made from the sticks! I am always inspired when I see your craftiness. Also loved the neck warmers you made. You have been busy!

The stick snowflakes are cute. I think I need a hot glue gun.