If at first you don't succeed...

Since yesterday was my day off I thought I would do some crafting. The first thing I tried I ran into a snag. I quit that and tried another. Same thing. Snagged again. So then I thought forget the crafting and go get that haircut you've been wanting. Turned out to be the worst haircut I've had in a long time. I tried one more craft project that didn't turn out too bad but Gibbs thought it was best that I wait till tomorrow to show you any of those. Instead you get a before and after Gibbs picture.

He was giving me his guilty look because I had just scolded him for barking like a fool. 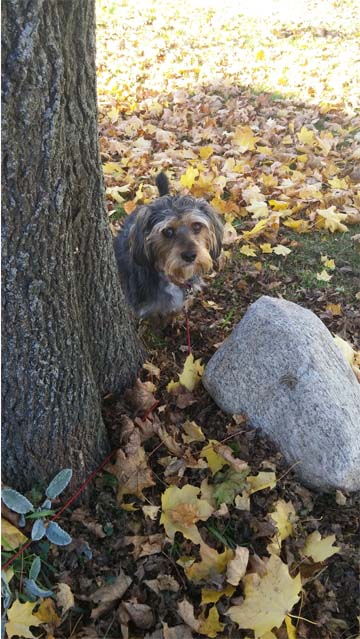 I changed the orientation from portrait to landscape, adjusted the lighting, sharpened the whole picture then did an orton effect. I erased parts then sharpened his eyes. I added a couple of textures and VOILA!!! 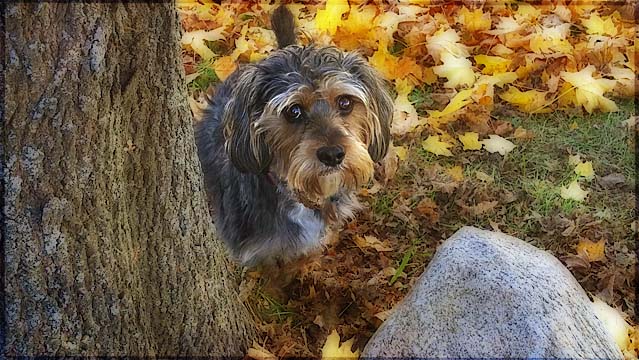 Tomorrow I'll be back with the craft projects
Posted by Ann at 12:30 AM

This is an AMAZING change! I wish I knew instinctively what kind of editing to do to pictures. Poor little Gibbsie, he looks so pitiful. As in downcast and pathetic. Dogs sure know how to do that to make us feel guilty.

Wow! He looks awesome Ann! Oh, I do know THAT face!!

I am assuming you used Picmonkey... well, maybe not but anyway, don't you just love what you can do with editing. Gibbs took on a whole new look and those eyes just pop now.

it's so much brighter! awww that sweet face of Gibbs...he looks guilty. lol! hugs & kisses to him!!

I love the first one the 2nd I LOVE LOVE LOVE IT... I actually laughed out loud at the expression and bob said what are you laughing at... just tooooooo cute for words.

I hate bad haircuts and they take forever to correct themselves. Lots of work too. Bugger.

Poor Gibbs looks heartbroken. I think you hurt his feelings something awful.

Have a fabulous day Ann. Big hug to you and lots of extra scritches to Gibbs. He's adorable. ♥♥♥

Bummer on the failed craft attempts and the bad haircut. Gibbs looks so sad. He is mighty cute though! Hope today is much better for you!

WOW!!! What textures did you use? Love it! Golden Woofs, SUGAR

Love the photos. Sorry about your haircut!

How could you talk mean to a face like that. Poor Baby!Lots of craft shows this weekend.