Both of my appointments yesterday were in the same building. They were even on the same floor. 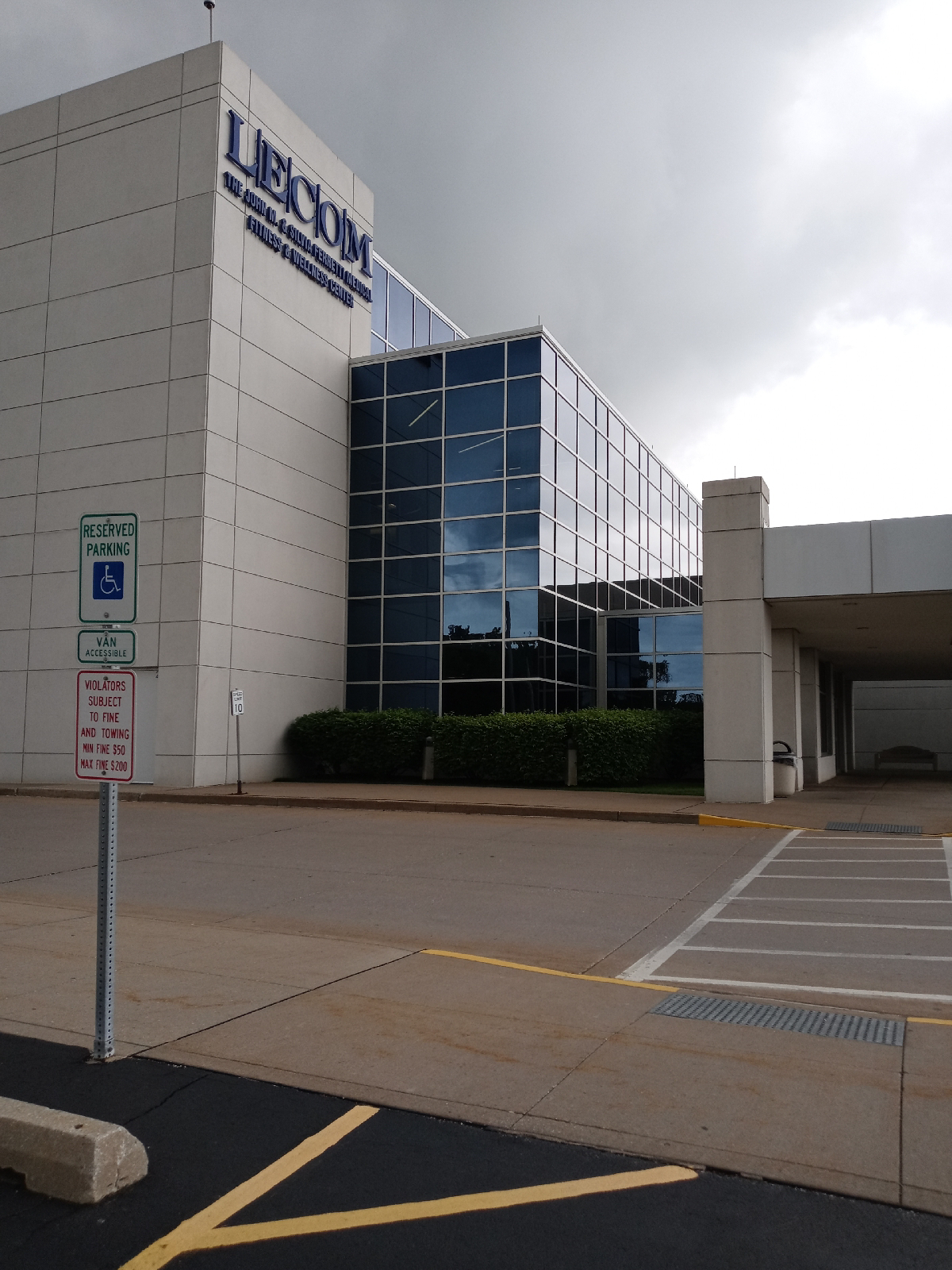 The first was at 11:30 for a mammogram. I got there about 15 minutes early and I was out of there in about 15 minutes. That gave me 2 hours to kill until the second one. The mall is pretty close so I did a little browsing. After killing just over an hour I decided to just go back and sit in my car until it was time for the second appointment. I played some games on my phone and scrolled through Facebook. It made the time go by pretty quick.
The second appointment was with the orthopedic specialist. I only sat in the waiting room for a minute before they called me back. 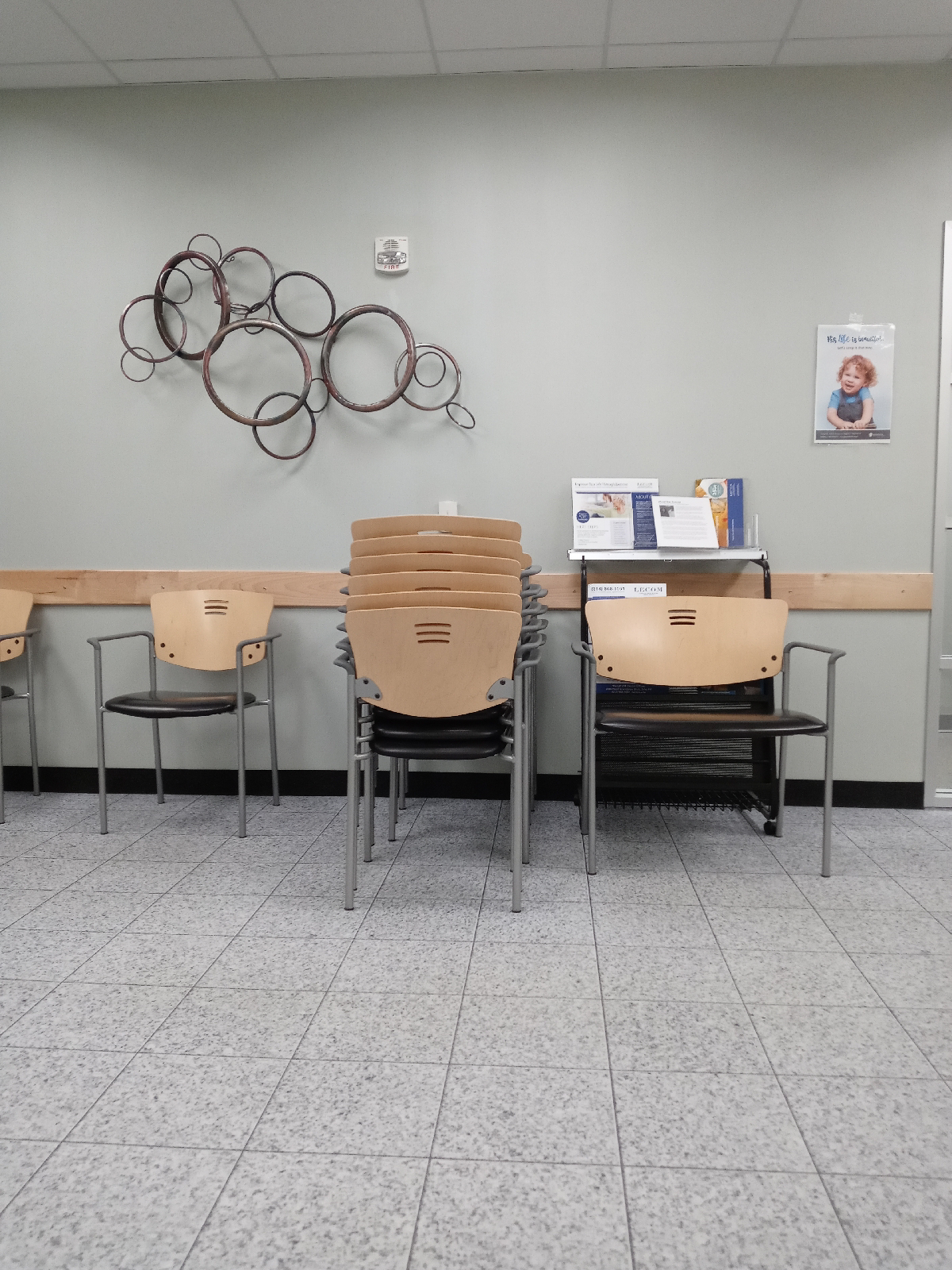 The diagnosis was calcific tendonitis and a degenerative SLAP tear. He explained what all that was but I really couldn't tell you much of what he said. He told me the non surgical treatment was anti-inflammatory, steroid shot and physical therapy. Since I already take a medication for arthritis he didn't give me an anti-inflammatory. He did ask if I was opposed to getting a steroid shot which I said I wasn't. I'm also supposed to go to physical therapy 2-3 times a week for 8 weeks. We'll see how expensive that's going to get.
Well he gave me the shot which actually kind of hurt. Him and the student walked out and I was in there with the nurse. I told her I was feeling kind of light headed and she told me I could lay down for a bit and she got me a cold cloth for my forehead. After a few minutes I sat up and said I was feeling better. She walked out of the room and told me I could get dressed. She left, I stood up and instantly felt light headed again. I sat for maybe 5 or 10 minutes and tried to stand up again. That time I felt fine so I felt safe leaving. I have a follow up appointment in 6 weeks to see how everything is doing. If I get another shot I sure hope it doesn't make me dizzy again. I felt kind of stupid but I'm sure they're used to it.
Posted by Ann at 12:30 AM

Well, what could have caused this dizziness? I hope it is over now! I never heard of these diagnosis, but in the morning I am going to Google them! That is one good thing that has come out of Covid...the doctors don't let people sit in the waiting room for more than a minute or so now.

glad we know what it is and hope the shot works quickly. i looked it up and it is calcium deposits on and around the tendon.. i am betting the doc told you a lot more than that, they don't know how to do Patient Talk.
also looked up dizzy and the shot. it is one of the side effects so be careful it may hit you again. also that shot can cause irritablity and a long list, bob had the 3 month shot like you got and had the irritable thing and also it gives a boost of energy to some and it did him.. steroids are wonderful and work but they do have side effects. my BP meds make me dizzy when I stand up.
I am off to look up SLAP..

what I do if early is go in and sign in. stay in lobby and do what you did in car, i have never had to wait until my appt time. if you let them know they will call you early, even in the car they can call you... my mammo was 8:30, i was home by 8:30

I hope you are feeling ok now. Steroids can cause all kind of side effects. My youngest son had bad asthma when he was little and had to take steroids when it got really bad. They turned him into a totally different kid, like a little wild animal! My husband has had the injections, they give him a lumberjack appetite lol!

I always go into the office if I'm early. Sometimes they call you back right away and sometimes it's just a longer wait time! Especially if they are running behind schedule! I don't think it's anything to feel stupid about getting dizzy after a shot. Especially because you said it hurt a little!

Sorry the shot made you dizzy. Scary. I did physical therapy when I messed up my shoulder. Worked wonderfully, but I put the work in and it was expensive. It works if you work hard.

Stay hydrated before your appointments. It might help to keep you from fainting and feeling sick. I know I am an ex-expert at fainting when given a shot.

let's hope the dizziness has gone and your arm/shoulder feels a tad better this morning, you should take the therapy and it is doesn't work then the specialist will have to look at "what else" ... worth it, if it helps as well. Take care...

I hope the PT and shots work. Good for you for not leaving before you were sure the dizziness was gone. Fingers crossed it goes well.

Hello, My name is White am from USA .....  and I am very happy for posting on this blog on how a great spell caster helped me bring back the love of my life. I know there are lots of women like me out there who have done so much just to have back their Husband, I am here to tell you all to search no further because the answer is right here. I sincerely believe if there are up to five spell casters like DOCTOR WTAHA this world would be a better place, I contacted  him and shared my problems to him and he gave me the terms and conditions, which I obeyed, it only took 3 days for my husband to come back home begging for my forgiveness. To cut the long story short. I am now living happily with my husband. Thanks to Dr TWAHA . Contact him now on email: drlregbeyen10000@gmail.com . Or reach him on what's app +2349038518881 or  call him  . He can save your marriage or relationships too.

Glad it is not surgical but PT can get costly. Hope it is better soon.

Glad you mammogram went okay. Sorry you got dizzy. Where were you given the shot?