Today I'm going to do a little bit of Q&A from a couple of my recent posts. First up is questions I had on the last post I did on my living room 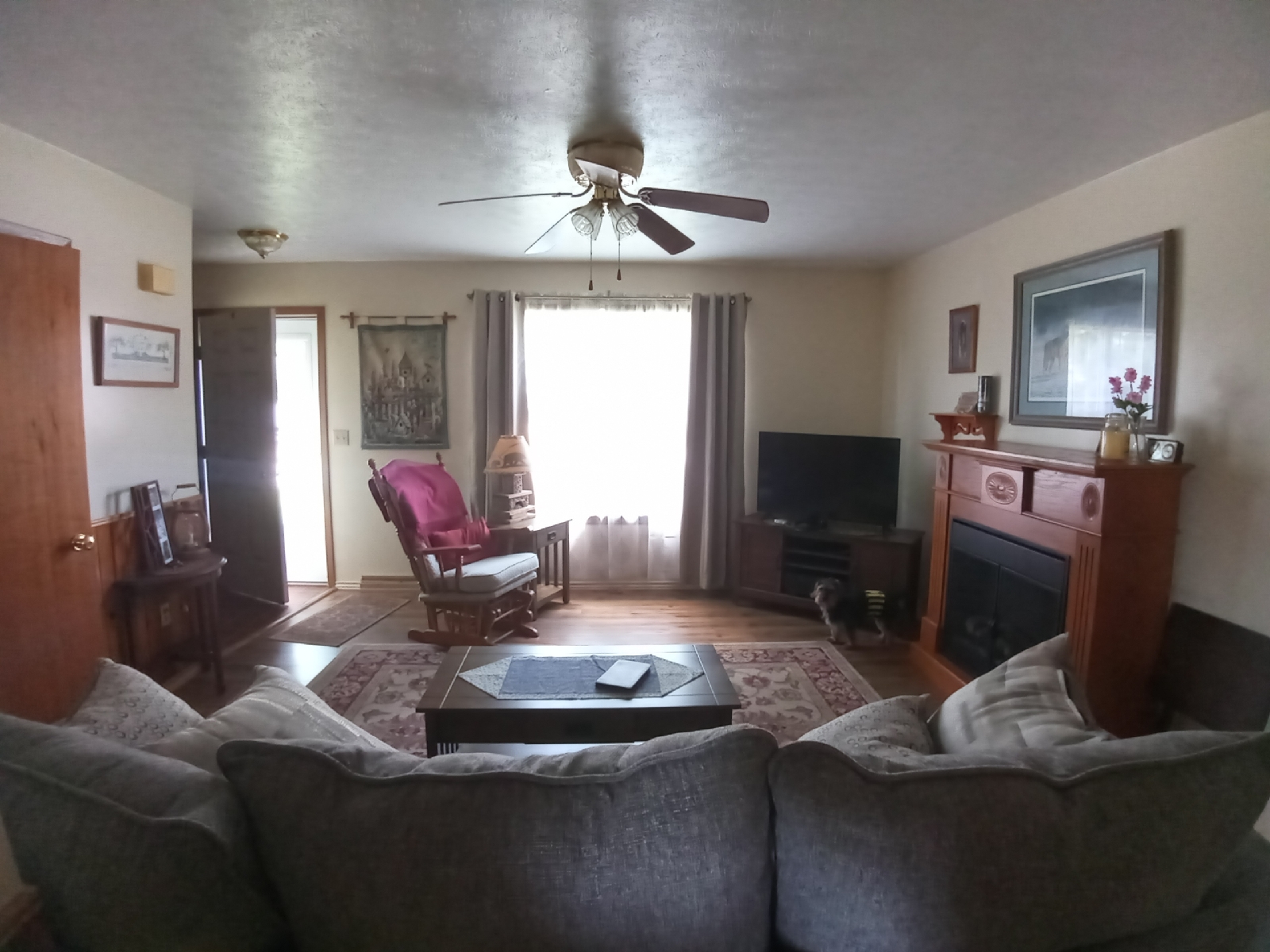 Pam asked if I keep the door to downstairs closed. Most of the time I do keep the door closed especially when I'm upstairs just to limit where Gibbs can go. Pam also asked if I was changing things out or having to paint too. Right now I'm just changing out but I do need to paint. The problem is I hate to paint so I'm kind of putting that off as long as I can.
Ginny asked if that was a working fireplace or electric. It is an electric fireplace and pretty much it's just for show because I really don't use it for the heat or the flames. Ginny also mentioned that Gibbs looks like he's wearing a fancy diaper. The answer there is yes he is. I have had the worst trouble with him and if he doesn't wear that there is no telling when he will lift his leg on something. It doesn't matter how close I watch him or how often I let him out. This is just the easiest solution to the problem
Finally Catherine asked what was up those stairs. At the top of the steps is the bathroom and then three bedrooms. Maybe someday I'll show pictures up there but for now I'm really not liking how those rooms look
The other question was on the flowers post 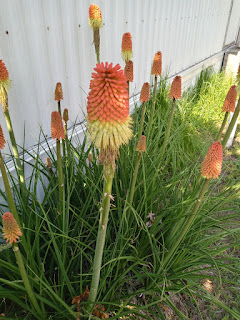 Several of you thought that these were lupines but they are Red Hot Pokers
Posted by Ann at 12:30 AM

Red Hot pokers! I never! They do look like Lupines. I don't think i have ever heard of them, but they do look like hot pokers. I cannot believe I was right about Gibbs! Good idea for sure!

Such a clever idea to make a post; answering questions!!!

I'm a bit behind on my blog reading so this was a nice way to catch up.
Amalia
xo

Yay, i had all the same questions and now I KNOW.. and one from today that I missed is, is that the front door to outside that is open? and do you have a glass storm door if it is? i looked up red hot pokers and it says they are native to Africa. they are gorgous.

The flowers sure are pretty and I had wondered about the diaper too. These kind of posts are always good. I've been thinking about doing something like this as a weekly thing since I know most people don't come back to read my replies in the comment section and I don't want to switch to answering by email.

HAHA...I made the comments blog! Nice, I am thinking of keeping my den door closed also just so that when I get ready to leave the house, I don't have to hunt Lily down. She hides there...I thought those were the red hot pokers, I had to look them up. They are so cool.

Red Hot Pokers.... I'm going to have to look those up and maybe get some for myself. I'm guessing they're a bulb. And yes, I'm glad you're taking the path of least resistance with Gibbs and simply putting a diaper on him. If he isn't bothered to no end by it, then what the heck. I pick my battles wisely too! *hugs* ~Andrea xoxoxo

thanks for responding to my question - gee you have a large house.

I knew they were red hot pokers, we have that kind of plant in New Zealand...

So that answered my question on the flower!