Putting it back together

So I've talked about redoing the man cave. I'm not so much redecorating it as I am just putting it back together. For the longest time it's been sitting with nothing but two chairs and some boxes of clothes that need to be donated. 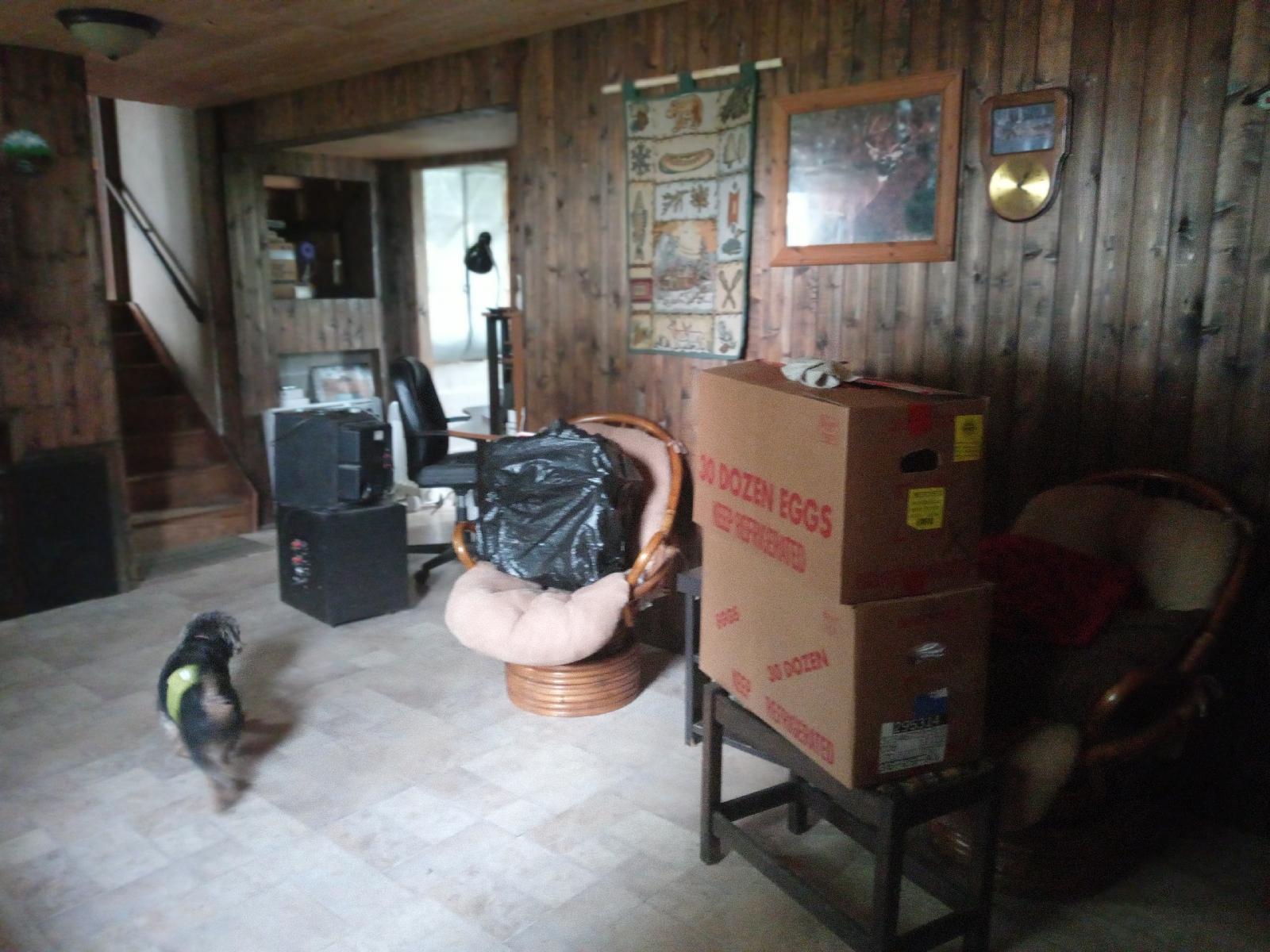 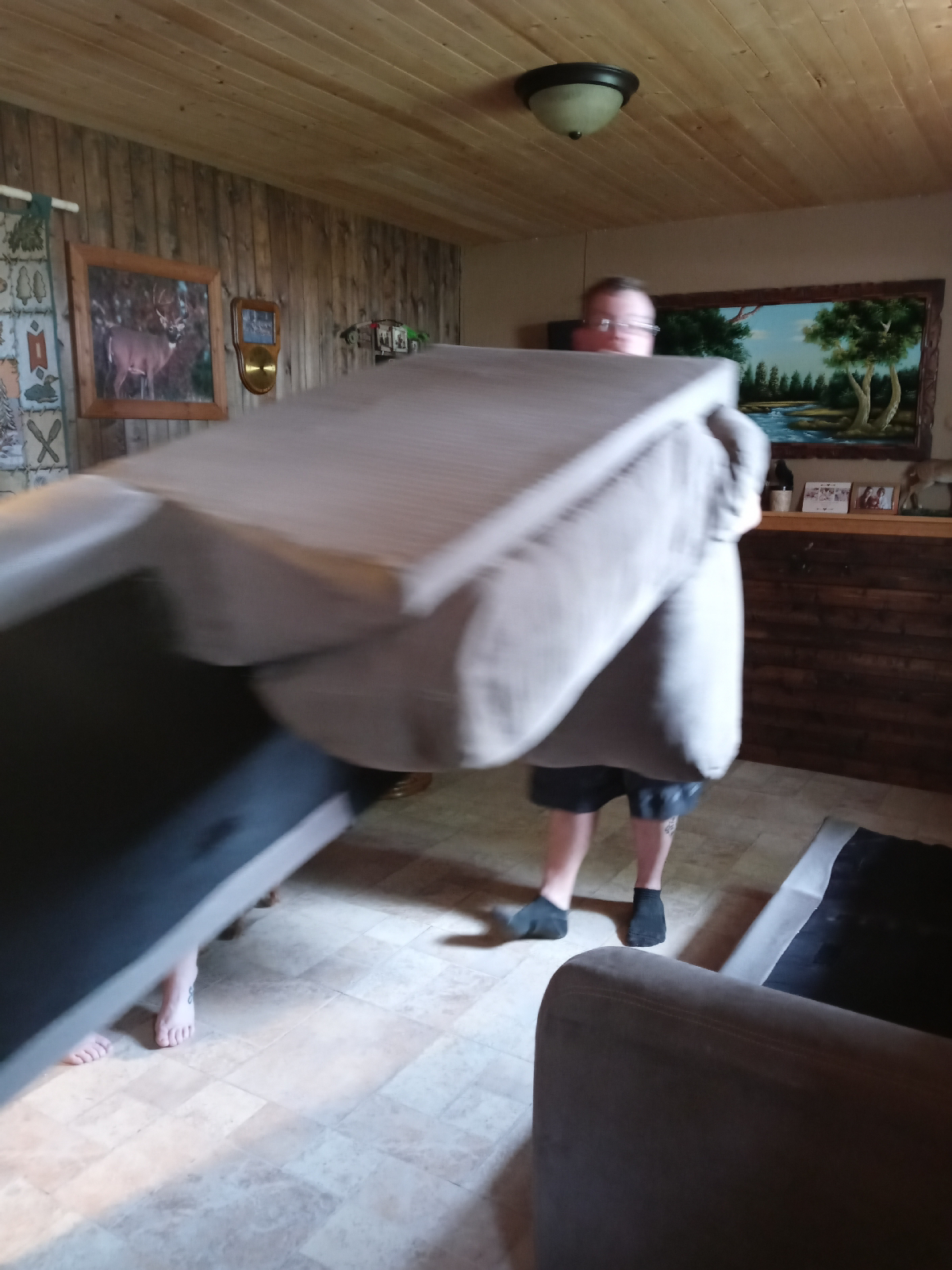 The other issue with the basement was that even though there was a tv down there I couldn't watch it. I no longer have cable so I needed to get a streaming device hooked up to it. The tv is on the wall and I didn't know how to get it down to plug the device in. Rob did that as well. It's still a bit of a mess here but it's getting there. 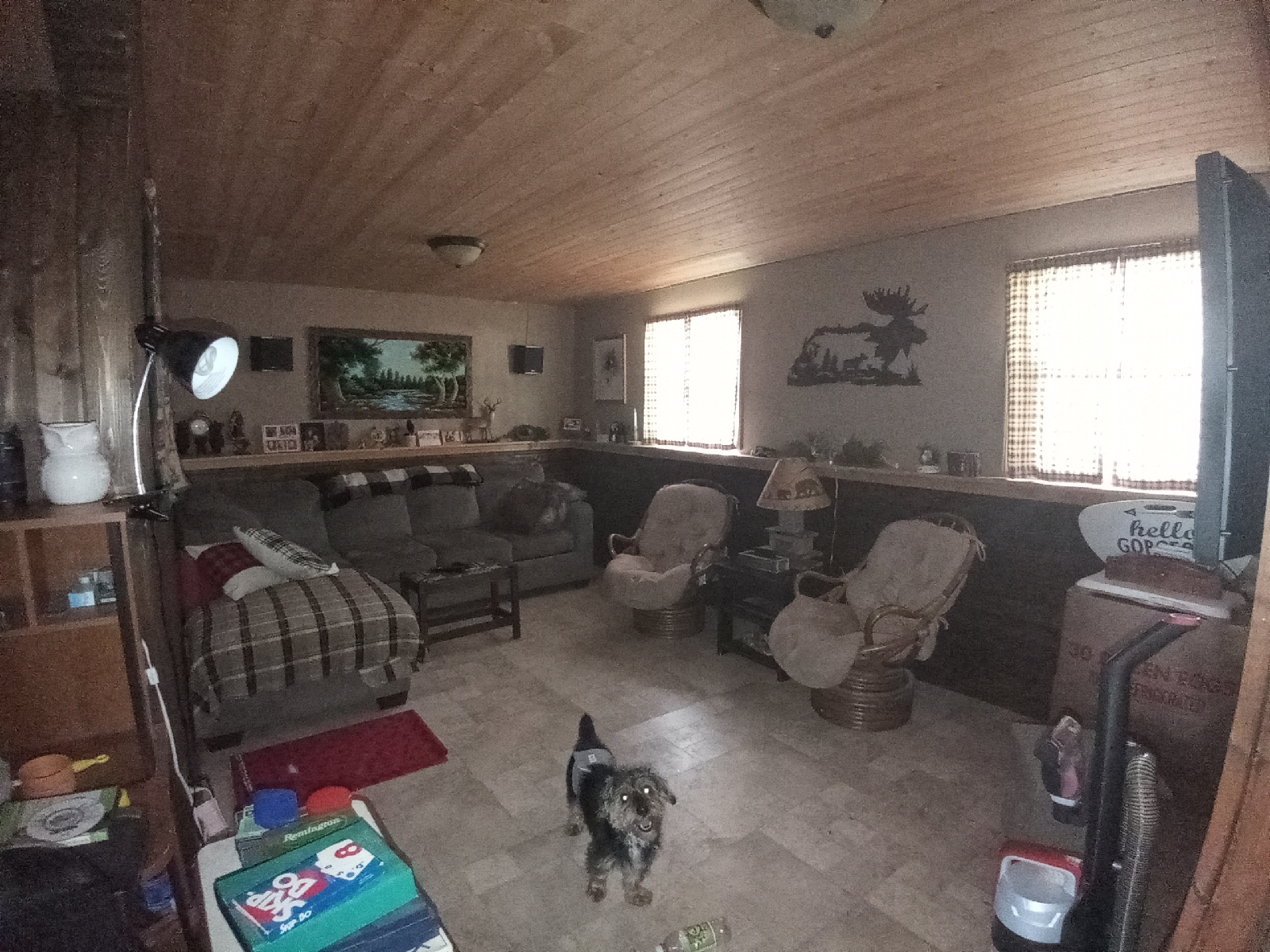 Tomorrow I'll show you my next step
Posted by Ann at 12:30 AM

This would be such fun! And I want to see your new living room couch whenever you get one. Thank Gibbs for the tour!

How exciting. Once everything is done & in its place, you will have TWO new rooms.

I can't wait to see everything as you go along!

It will be nice to have that room set up. It looks good!

thanks for the photos, my curoisty bump was about to explode waiting to see it. I want a sofa just like this one but i need the lounge on the opposite end. you said the coffee table was too small but i think anything bigger would be in the way.. i have my thinking cap on and OF COURSE will tell you. ha ha..
a rug is a good idea and those two chairs are identical to the 2 we had from 1985 until 2005. we got them at home depot for 99 dollars each. bought one and loved it and went back. that was the year we got married. Bob just said he wished we still had them. I like how the room is set up and now for the fun part of what you will do to decorate. i see a desk also, must be an alcove?

Creating a new vibe down there with rearranging. Nice!

so it will still be a "cave" but a private one that you and only a few selected people sit in - nice idea...

I'm so glad you had help and can create a new room for yourself. ❤️

Oooooooh Ann, I love-love-love this cozy setup you have now!! I'm guessing you'll be down there all the time, especially on the really hot days (a bit cooler down there?). I can't wait to see more pictures!! Thanks for sharing with us. ~Andrea xoxoxo

I need to do so much and get things moving around here..

It is great you had so much great help. It is hard to move furniture alone. It is also good to have someone who can help with those tech things . I think you did a great job. With all those helpers too!

It's looking great. So glad they were able to help with the sofa and the and streaming device.