In the living room

By the time this post actually publishes I'm hoping that my new couch will have arrived. But as of right now, when I'm scheduling this my living room is still quite empty. I did however change up the window treatment. The curtains that were there we're ones that Wade picked out. I actually thought they were kind of ugly but he liked them so I didn't make a fuss when he ordered them. This is what they looked like 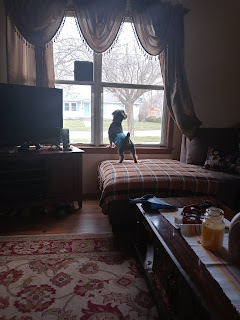 The photo is a little dark but you get the idea. They were a green color which was ok but probably not something I would have chose myself.
Now that I am mixing things up a bit I decided that I would order new curtains. This is what I got 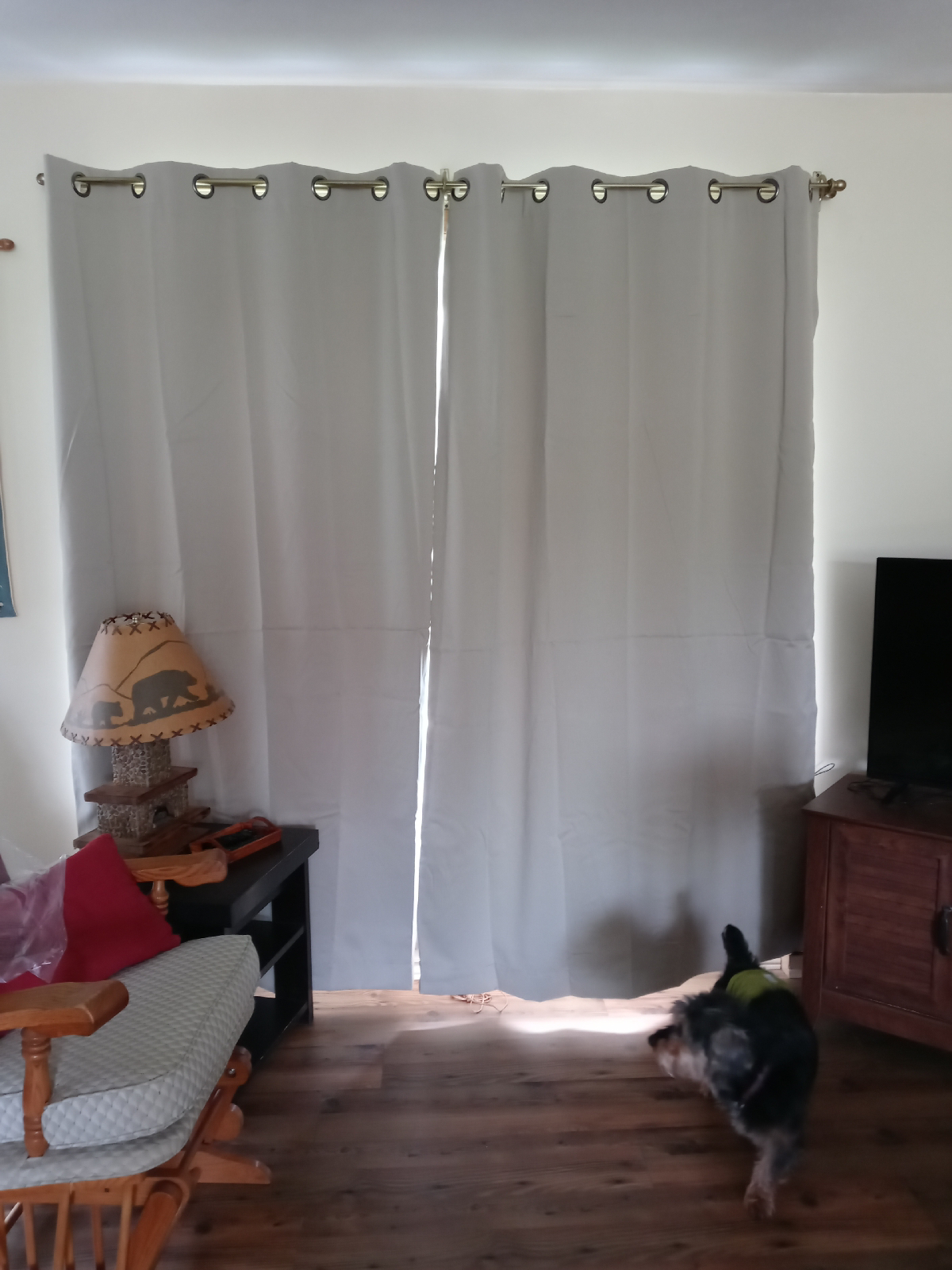 I was amazed at how much bigger the window looked and how much brighter it made the living room. Here they are open 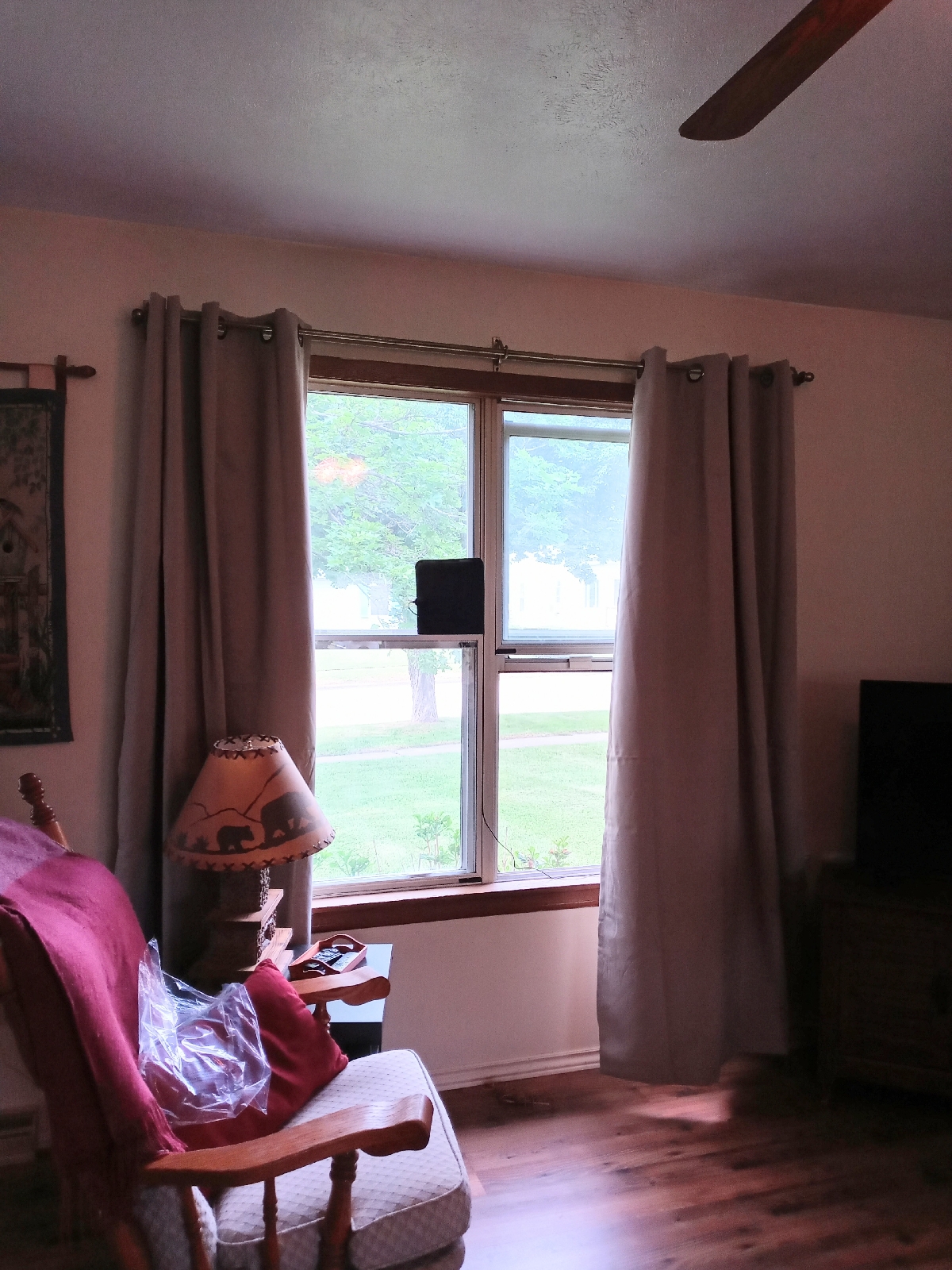 Then I decided I wanted to add some shears. Would you believe that I have never, ever had shears in my house? I am really loving the way this looks 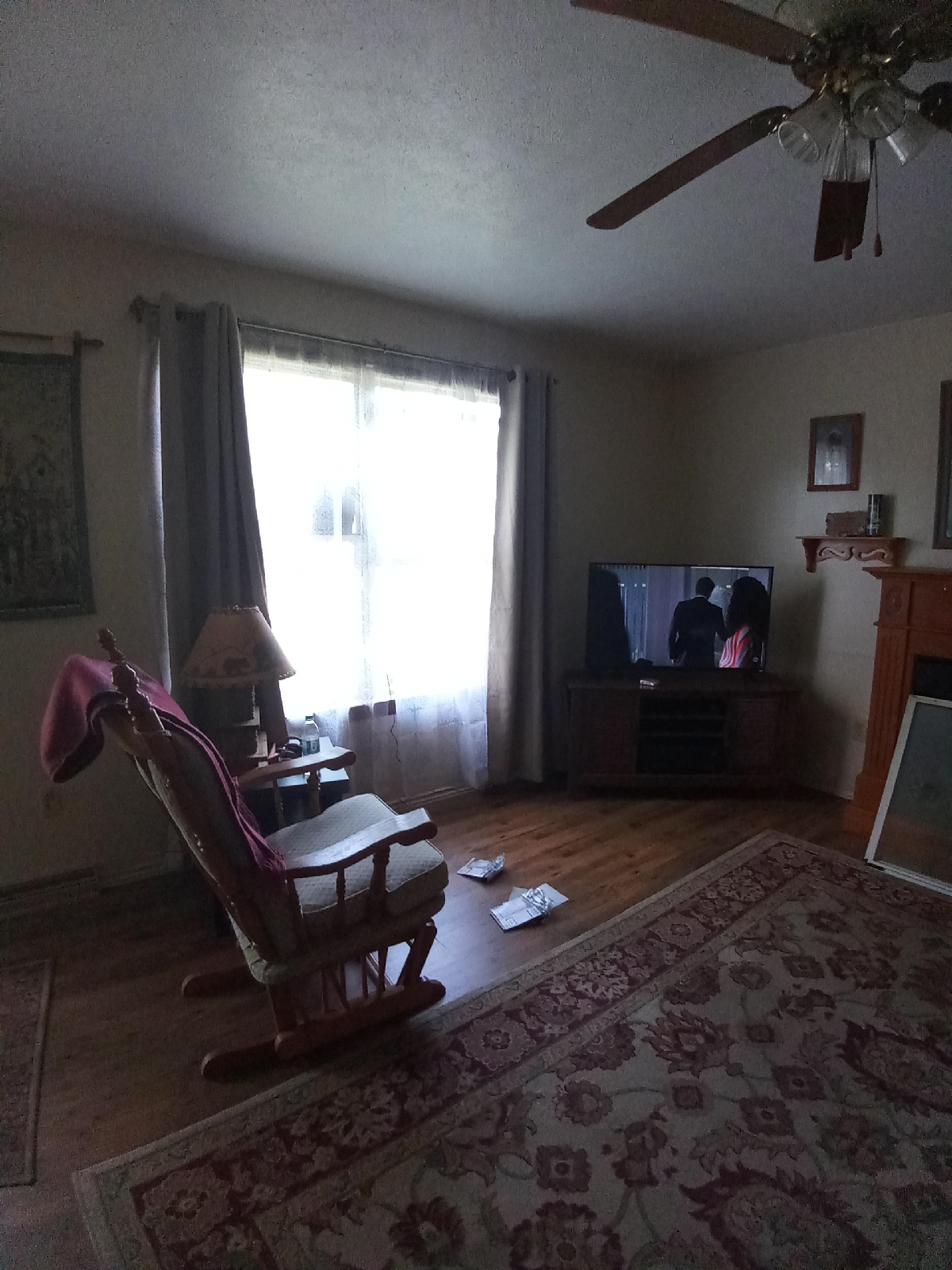 And here is a closer look at the shears. They have a pattern on them which I really liked 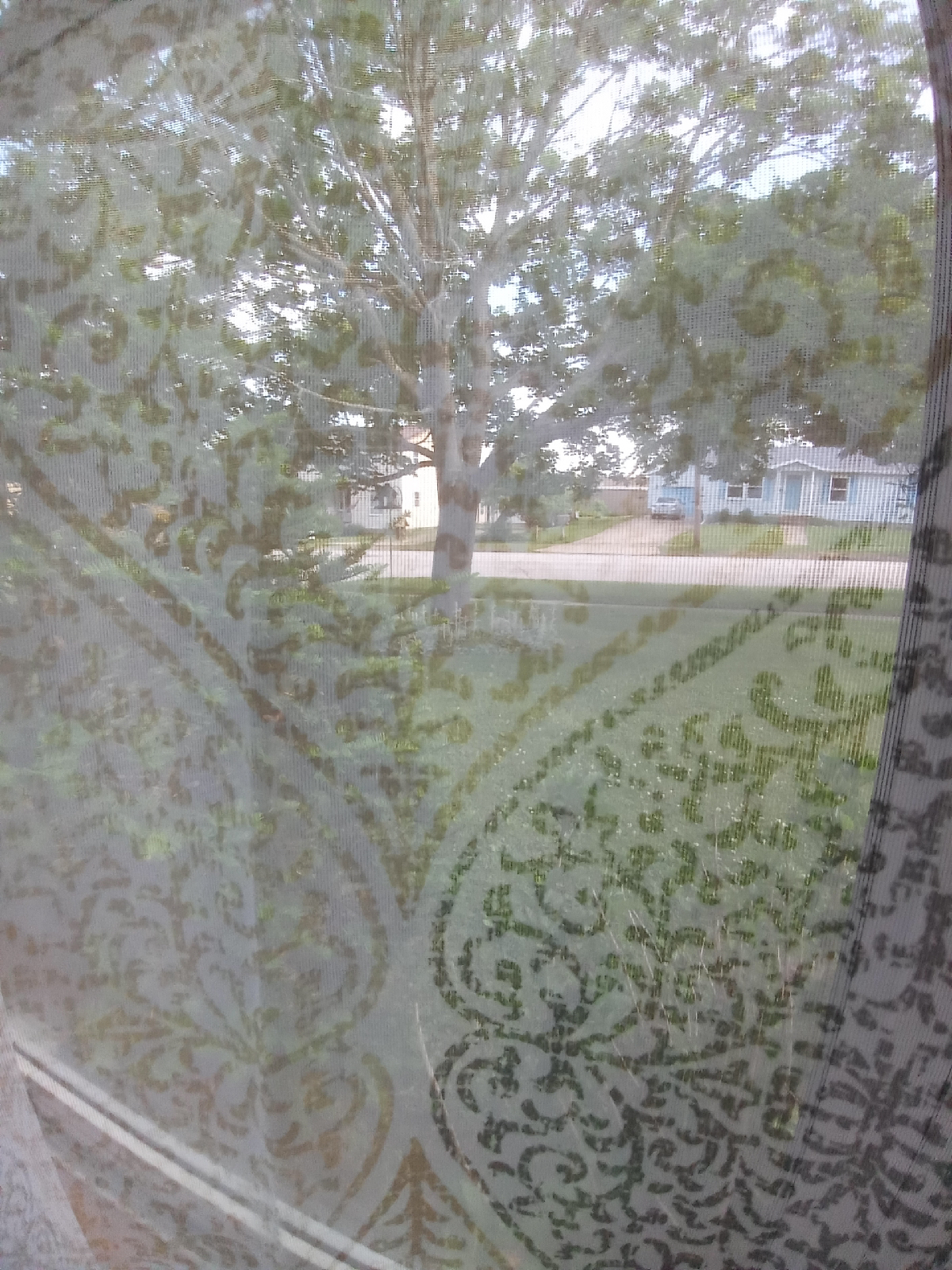 I agree! The new ones look so much lighter and larger. I think the old ones look like what you would see in a funeral parlour. But the dog looks too large to be either Gibbs or Duke. Is this a different dog, or just the angle of the shot?

Love the Lacy pattern on the sheer curtain. You did good with the change. But, I also like the swag across the top with Wade's choice too.

I just bet doggie (Gibbs?) preferred the old ones. lol

You already know that I'm going to say I love the shears. I am the opposite and have never had windows that did not have sheers except in the bedrooms. And the South shears are a necessity if you want light in the house. I love the way you have these done and it's going to look really nice with the sofa and I can't wait to see that when it's added. The problem with Sears when we moved in this house I could not have chairs because the window at the front the dogs were constantly jumping up and ripping the shears so you will have to watch for him because he's used to looking out. We had to go with blinds vertical blinds because at the front window they would destroy anything else now we have a dog that doesn't but the blinds are still there. What we did with that window is bought the stuff that you put on the inside of the window that makes it mirrored on the outside and people can't see in and it cuts the glare

We bought shears for our big living room window and it's been so nice to have them closed to limit the light. Everything looks great at your house. I love that beautiful rug!

Looks GREAT! I like sheers because they allow for light to come in with lots of privacy.

I had sheers in a duplex I had long ago and I loved them. We don't have them now because we have shutters. Shutters are the best window coverings I've ever had. I do love you new window coverings far better that the ones Wade picked out. The sheers make it even better.

Are those room darkening curtains, Ann? Because if they are I have the exact same ones in my living room and bedroom, only a different color. I got them from Amazon and they make the rooms as dark as night, if I close them. Love it! No sheers though.... but I sure do LOVE yours!! ~Andrea xoxoxo

I'm so happy that you are doing this. You can't make any chances until you feel the time is right. So, now the time is right and you can make your home your own . . . girly it up a little bit and show your style. We have lots of sweet memories, and do not need to live in a museum to recall all the wonderful and treasured times we have shared. Life goes on and your dear husband would want you to continue living and filling your life with simple pleasures that make you happy.
I'm looking forward to seeing your new couch :)

I'm so glad you are doing this and can hardly wait to see your new couch.

I really like your new curtains. And the shears add that little extra! I used to have shears in my old house. They looked ok but they came with the house when we bought it and eventually they got old so I took them down.

I like....and even if you love the look before, its always nice for a change. Mom had basically the same set up I did, lacey sheers and light weight curtains. She would have the curtains mostly closed with the center area being partly open for the sheers to show. I on the other hand like the light. I am wanting to change out my sheers from moms to mine cause I just like mine better....but anyway, that is a subject for a good blog! haha...

It looks lovely and I love the sheers. I've never had sheers either. We have wooden blinds throughout the house.