Getting a bit fit

And now I'm doing it with fitbit. I had an activity tracker but I've been wanting a fitbit and since this was reduced to $59 (down from $99) I decided to treat myself.
It's just the empty box since it's already on my wrist. I tried to take a picture of it on my wrist but it wasn't a very attractive looking picture. Not that this one is but you get the idea. 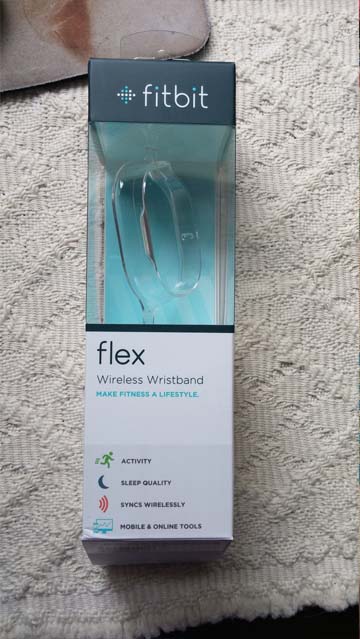 For those of you that commented  yesterday that I didn't need to lose any weight, I do thank you but according to the charts I am overweight. I'm not looking to turn in to stick thin super model but I do want to get my weight in to a healthy range. I've already lost 10 pounds so far and another 10 pounds will put me where I need to be.

I've been drinking my slimfast shakes, making smart choices for dinner and snacks and getting plenty of exercise. I found an alternative to going outside to walk for those days when weather doesn't permit. I bought this DVD and let me tell you it's a workout but so easy to follow along with. 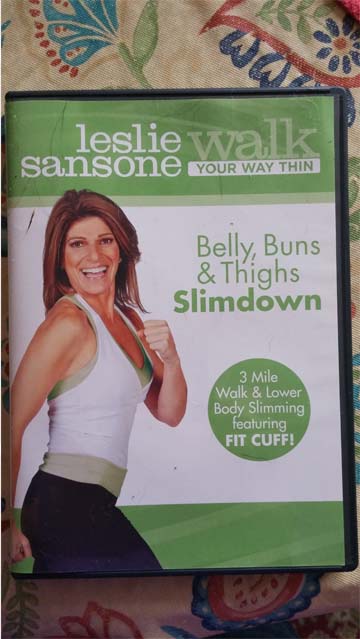 She has several DVDs out and she's pretty awesome. This is all pretty much walking in place with a little bit of other moves added in. In 15 minutes you walk the equivalent of 1 mile.

The best part of all this is that I'm feeling less aches and pains and my energy level is up.
Posted by Ann at 12:30 AM

I found out that eating the right foods works in weight loss...and walking. Thing is, there are days that I need a doughnut. I know they're lethal, but gotta live and enjoy some things in life. Just NOT often.

I have been amazed at what 20 minute walk of 1 mile does to me. i am still fat but i feel so much better and have no problems walking while shopping like i was having. the more i walk the better i feel... i have not got to the starving myself part but i do 1 hour per day of different exercises on land and in pool... it would take years to get me to what the chart says and i don't agree with the charts each person is different with different sized bones. my best weight is 15 pounds over the chart, i went down to the chart and started fainting. put on 15 and was fine. i am not there now, this was way in the past

Good for you indeed. I should do this too. The weather is so hot out right now that walking isn't something I want to do.

Have a fabulous day. Big hug to your thin self and my very best to Gibbs.l ♥♥♥

Great job on your journey to being more fit! I have a FitBit like yours but it's in a drawer again. I wear it every so often but I'm focusing on strength training and moves like squats, lunges, etc. and the FitBit doesn't count those so I took it off rather than have it taunting me. Keep up the good work though!

You do what works for you and fits your life style...

Good for you, Ann! The time to do something is before you need to loose more than 20. I started walking 3 miles a day back in June. I walk 5 or 6 days a week and in the summer I mow the lawn with a push mower and we have a huge yard. I haven't lost any weight and I can't figure it out. I'm beginning to think I might have a thyroid problem, but I hate going to the doctor.

Wow, I am impressed with the weight you have lost! You have a plan and you are implementing it! Good for you, you have willpower. Trying to both lose weight and be healthy is not an easy thing. I know because I have lost 100 pounds. I am hungry all the time. This DVD lady looks just my speed! I may have to check her out.

My husband has one of those fitbit watches! I'm more into Yoga and Tai Chi, but good for you for doing those workouts :)

Good for you, Ann! I have bought one workout ever and it is Leslie Sansone walk away the pounds 3-mile walk. I am not an exercise enthusiast but have done this for the past 12 years. Love it although with the hip replacement I can't do kick backs to prevent dislocation. I'm sure that will change with time and healing.

I also attribute my weight loss with meal replacement drinks/bars. Aldi sells both and less costly than slimfast (that I love). They are satisfying and I have a voracious appetite lol

Good for you, Ann! Proud of you!
Amalia
xo

My fitbit just reminds me to move more each day. Along with that comes a healthier lifestyle and your body shows the difference.

Good for you! I am really in need of something… a few things… maybe a fitbit would be helpful. I've gained quite a bit of weight over the last couple years, lower energy, and definitely in more pain. :(

Keep up the great work!

SO proud of you... We have FITBITS --and love them... They certainly help me continually be aware of just moving and staying active. It's not about the weight as much as it is being healthy --and living a healthy lifestyle.... For me, YES--it's weight, but it's also exercise, it's eating healthy (we use My Fitness Pal as our food journal); it's drinking 64 oz of water each day; it's getting enough sleep; etc.....

Keep up the good work, Ann.

That's awesome! My Mom does those videos too - she loves them. I really should exercise but I absolutely hate it. 10 minutes of yoga is about all I can take. )

I LOVE, LOVE ....LOVE walking with Leslie Sansone!
I have ups and downs though. Sometimes I go at it. Then I drop off. I wish I could stay with it.
I don't like exercising!
I try and swim and guess what? I do some of my Walking work outs while in the pool with my grand-kids. Why? because I can't swim a lap with them in there. I have to keep my eyes on them! and they think I'm their own personal flotation device!

You go girl! What exactly does a Fitbit do? Totally out of the loop here LOL! Deb xo