Wade's youngest daughter has a birthday coming up in August. I had originally made the one box card for her but decided I didn't really like it all that much. Last Saturday I worked on making her a new card. This one is a step card 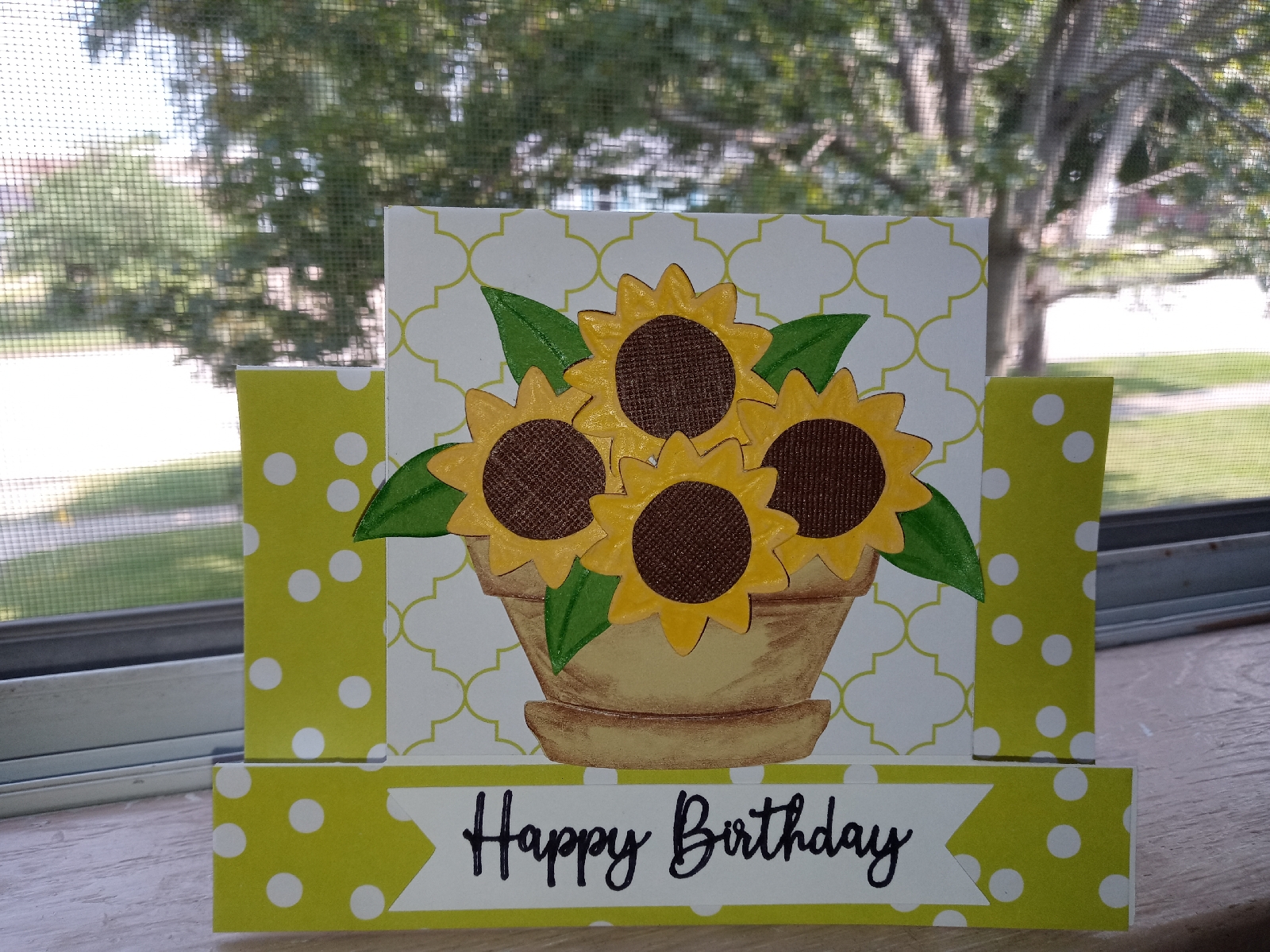 Some Q&A from yesterday.
CheerfulMonk asked: Do you sell many that size?
For a while they were selling really fast. It's slowed down some but they are still going.
Ginny said: So would these be personal pan cakes?
Yes, I suppose you could call them that. It's a lot of cake for just one person to eat in one sitting so I would suggest sharing it with a friend.
Posted by Ann at 12:30 AM

It is pretty! So you are selling your cards? I knew you went to craft shows from time to time.

A step card? Not sure what that is.

That is a pretty card!

i get the step, it looks like a step, right? i love it, love sunflowers and it is perfect since she is your step daughter...

It's a pretty one Ann!

Pretty card and right in season with real sunflowers :)

Have a fabulous day and week, Ann. Big hug to you and lots of scritches to Gibbs. ♥♥♥

I think those cakes are the perfection solution for the 1-2 person household. A person living by themselves could buy it and simply freeze the extra... without having to freeze a TON extra. I would imagine people get hungry for a nice piece of birthday cake, even when there's only one person in the household, but can't see the sense of buying a big birthday cake for one person... especially if it's not their birthday. If I could eat sweets, I"d surely buy one!! ~Andrea xoxoxo

Love this care, sunflowers are a favorite of mine.

I get the 'step" concept too, Ann. I just don't know how anyone could be so talented between creativity and decorating skills!!! I felt like making a cake the other day but knew if I did I would eat the whole thing!!...jp

love the card concept - thanks for sharing

The card is off to a good start. And the cakes seem ideal for a couple. ❤️

That is such a cheerful card! The sunflowers are perfect for August :)