Hello my blogging peeps. Please forgive me for not bringing you a regular report like I used to. I have begging and begging but a certain human is positively useless. I'm going to have to learn how to do my own typing or hire someone to do it for me. Obviously the old woman who lives here has no intentions of following a schedule.

I did pretend to be uncooperative when she was attempting to take my picture in the back yard. I allowed her to get a couple that were presentable.
I think this is my best side don't you? 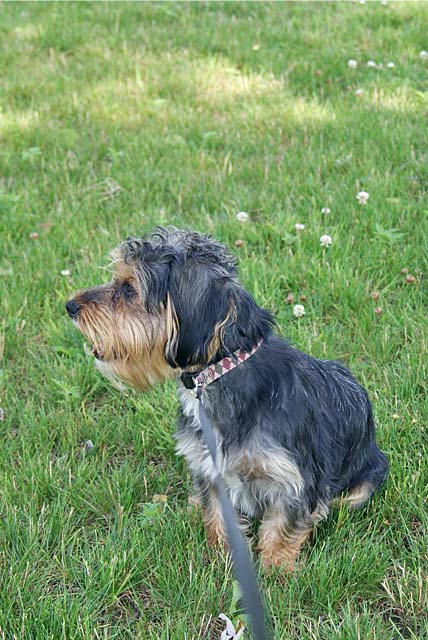 If she wasn't so unpredictable I could release her from the leash and I could run free like I really want to. It's such a bother having humans sometimes. 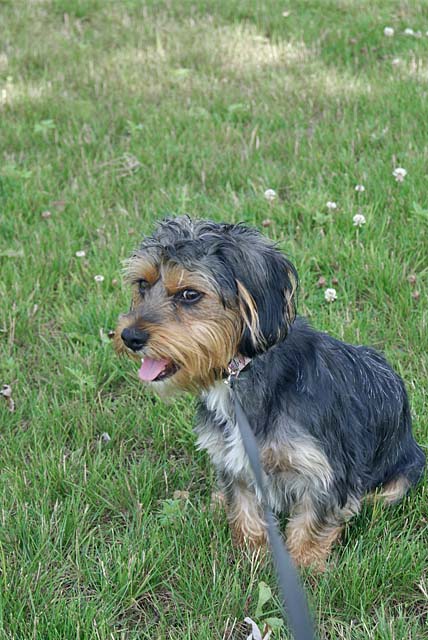 Seeing as how the humans here are pretty lazy and even walks have been inconsistent I really don't have much news to report. Have a wooftastic day and hopefully by my next report I won't be a disgruntled human owner. Does anyone know of a shelter that I might drop the old girl off at?
Posted by Ann at 12:30 AM

One of the new features to Windows 10 is supposed to be voice-activated controls. So, if you could just get her to make the switch next month...

You sure are getting big Gibbs! Hope you can get her to snap out of it!! BOL!

Oh Gibbs, good to see you. Love that look on your face in the second picture. You are getting bigger and bigger. You all have a good day.

Poor Pup, it must be hard owning a human that will not do what you want her to.. the good news is Gibbs, she can and does take a Wow photo of you, make that 2 wow photos. you are looking good

Hello Gibbs! So nice to see you again! I hope your human allows you more time on the computer in future :)

Poor baby, I thought you did do your own typing.LOL

Oh Gibbs the trials you have to endure! Leave her with the ducks next time!
Have fun!

No, no - we don't send out beloved seniors to the shelter! Look what a nice job your human did on that last photo!

Your mom works hard all week long so I'm going to have to side with her on this Gibbs. She does her best.

You don't have a bad side Gibbs. I'm just saying.

Have a woof woof day. My best to your wonderful mom. ♥♥♥

Gibbs, we're just glad to see you even if it's not as often as we'd like!

Hehe Ann...I hope Gibbs hasnt yet dumped you off somwhere!!

Hey Mr. Gibbs ... maybe you could lure Mommy Ann with treats! She takes you for a walk and you give her a treat! Have a good one

Heehee if you drop her off somewhere who will feed you and love you and buy you treats? I'd keep her!