Everybody loves a parade

Last Saturday was the fair parade. Some of you may remember that this goes right by my house so I just have to go sit in my front yard to watch it.

I dropped Gibbs off at the groomer and then went and picked up my son and Presley so they could come over and watch the parade. While we were waiting for it to start we watched a bunch of people come up the sidewalk and choose my front yard to park their chairs in. There were some other people coming over to watch too so I had bought some donuts for the all the kids. I took the donuts out so the kids could each pick one and went in the house to grab something else. When I looked out there was the kid who was with the group I didn't know helping himself to a donut. Well alrighty then.

On  to the parade. Just a few pictures 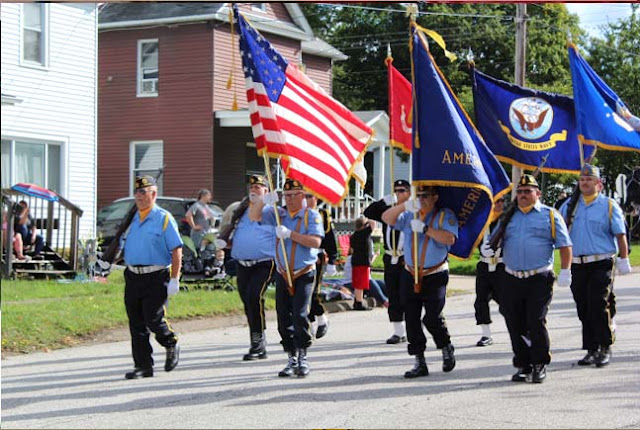 The marching bands are always a treat. 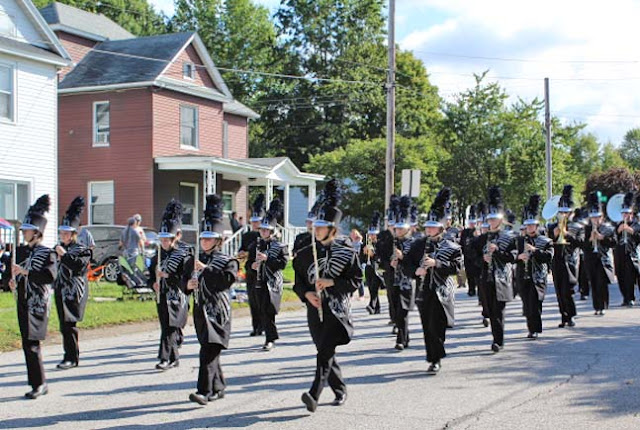 This band was led by their eagle mascot. 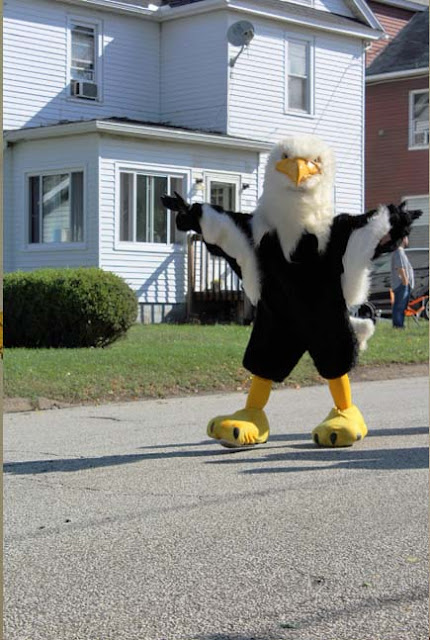 We discovered that Presley did not care for the clown 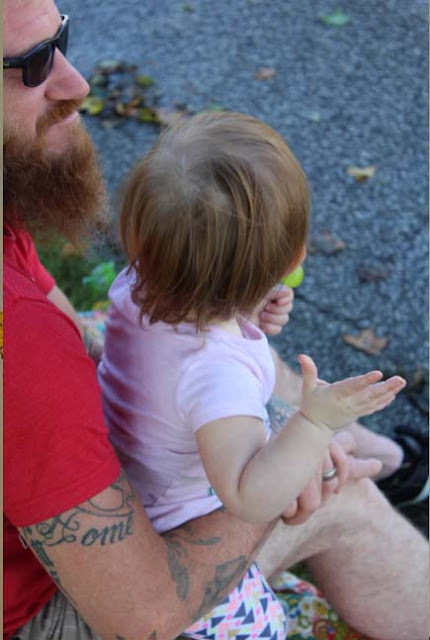 She did have her parade wave down pat though. 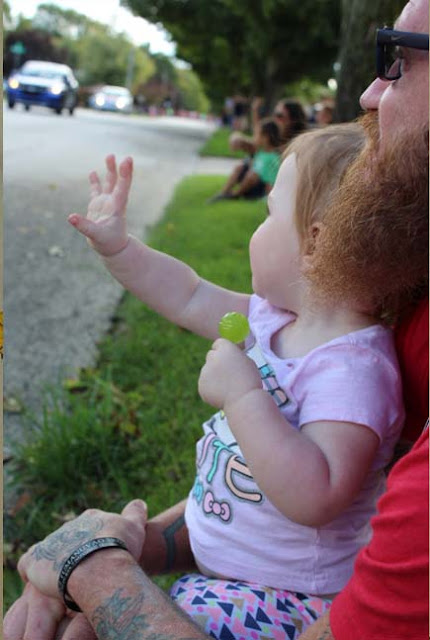 So cute! So I guess she knows early what she likes and what she doesn't. Lots of people are scared of clowns. What fun this looks like! I always like your parade pictures. And this one is special because it is Presley's first one!

Looks to me she has the wave of royalty

I have never liked clowns, not afraid just don't care for them and don't see how anyone thinks they are funny. I think a lot of kids are afraid of them. a fun way to watch a parade, in your own front yard. I like all the houses across the street and Presley has a Princess WAVE...

Some clowns are kind of scary, but the happy clowns are fun. I'm glad you didn't have to travel to see the parade.

I am with Sandra...never cared for clowns but not afraid...just dont see anything funny. I think it shows Presley is smart!

Presley is adorable . . . it is so much fun watching children as they enjoy the same things we enjoyed as children . . . it just makes it new again seeing it through their eyes. What fun to have it come down the street in front of your home :)

Awwww... the innocence of children. Certainly if you were offering donuts to some of the children, that little boy thought surely you would not leave him out of the offer. *haha* Bless his sweet heart!! I've always wondered what it would be like to live on a street that was used as a parade route. I think that would be so much fun!! Love, Andrea xoxo

Well, that was nice of you to provide donuts for the kids. I am not big on parades--too much noise--but I do like the marching bands. But you knew that, right?

Looks like a nice parade and I liked the Eagle. Looks like Presley had a good time.

It was nice having Presley there this year to watch with us.

Well she is a princess after all...lol

I found out that one of the little girls who I knew was going to be there did offer him one. Either way I didn't really care I just was a bit shocked when I first saw him.

Aside from the bands the loudest thing is the fire trucks that will run their sirens and blow their horns. I could do without that.

Aww she's so cute! And she's got that right about not liking clowns! I would be that kid swiping a donut! :)

I love the mascot! That's neat you can see the parade from your house.

Can't argue with you there, she is cute...lol

I've always enjoyed the fact that the parade goes right by my house. No matter what the weather is I can watch and I never have to leave early to get a good seat or find parking