Back to the archives today. This time I've got some picture in text edits for you. I thought I had done more of these but I could only find two of them.
The very first one I learned how to do was this one. 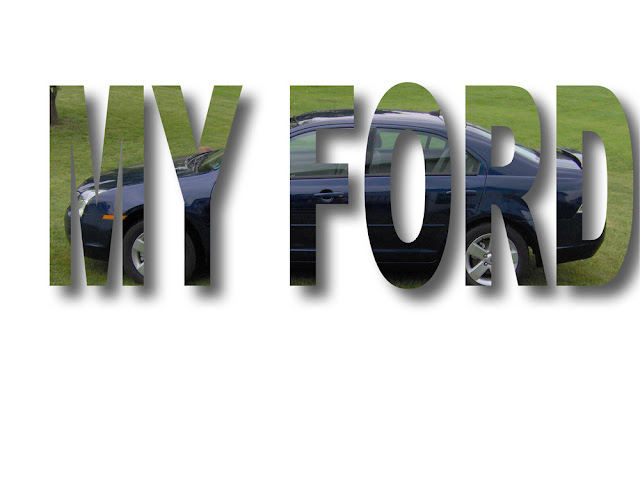 I had just gotten my car s it became the subject for my picture in text experiment.

While my son was in Iraq I frequently browsed through his pictures and would snag one to do an edit on. It kind of made me feel like he wasn't so far away. I used this one of him and his buddies clowning around being super heroes for another picture in text edit. 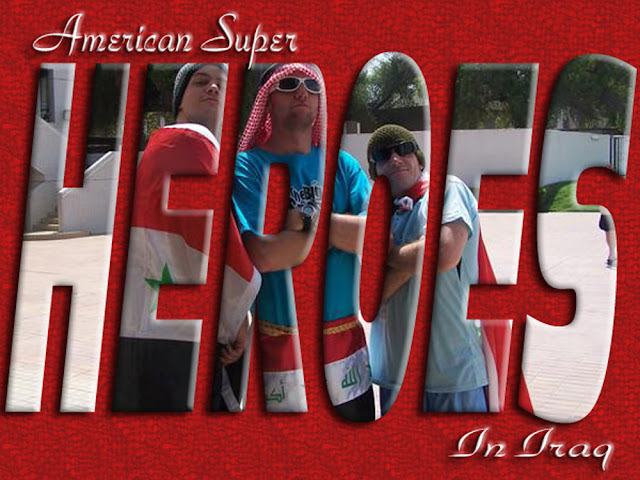 In case you're wondering, my son is the short one on the right. Believe it or not he's the tallest one in the family. Well that's what you get when you have a mother that is 5'2" and a father that is 5'5"

If this is something you want to try here's a link to a tutorial. I didn't read the whole thing but it looked like how I did it.
Posted by Ann at 12:01 AM

Love your photoes and it's so good to stay here,play a little bit with Duke...and waitting for the Spring 's coming.
all the best,
aureliaeugenia

Thanks for the link to the tutorial - I must try that!!

Doggone it - now I gotta go see if I can figure out how to do the word HORSES.
:o)

These are awesome, Ann! I have a son-in-law that is passionate about his Mustang. He would love something like this. Thanks so much for sharing the tutorial!

Cool car, and even cooler super-heroes!

I'm going to pop over to that tutorial because I really like that effect!

Whoops - I don't have Photoshop so I guess I won't be messin' with any of my photos...cool effect tho...

i am so loving your archive diving. keep it up. i have not seen this type before. what fun to do what fun to see for me.

Fun text to fill in

These are totally cool!!!!

These are cool Ann!!
I'll hop over later to check it out!
Thanks...
hughugs

This is a neat technique I want to try. Love how dimensional it looks :)
~Molly

These are really neat Ann. You are so crafty.

Those are cool - nice practicing on your computer. How did you get such a tall kiddo? sandie

That is terrific. Don't think I will try it. I am so excited that you want to do the Hokey Pokey with us. Duke can join in too if the wants. Then we can be crafty.

That's pretty cool to have words on the photos like that! I didn't realize you were 5'2" but then again, guess I haven't seen you in person! Sure seems like I would have since I visit you every day!

These are neat! I'm a shorty too! Short people are cute(r).

I love playing with text! These are great. That bottom one belongs in a frame. Beautiful!

Would you believe that I've never tried it? thanks for the link!

This is way cool!

That second one is really neat!

you are a very talented lady, these are wonderful