The history of my job

I started working where I'm at now in 1997. I had unexpectedly quit my previous job and needed to find something. I started part time in the deli at night. Within a few weeks I had been trained as a cashier and a few months later the bakery manager position was offered to me. I gladly took it since that would mean going from part time to full time.

I'm throwing in a random picture to break things up. One picture 3 ways. Starting with the original and cropping in closer each time. 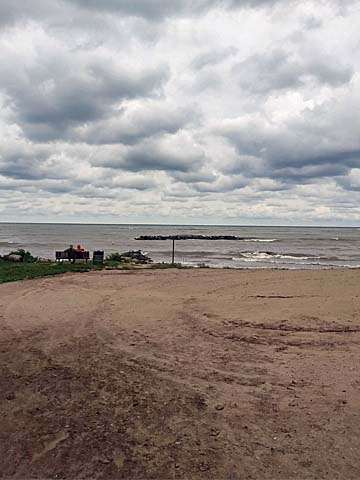 I don't recall how long I spent in the bakery before I was offered a store manager position. There were 3 of us at the time and I worked mainly nights. Although there were parts of the job I liked, for the most part it stressed me out too much. 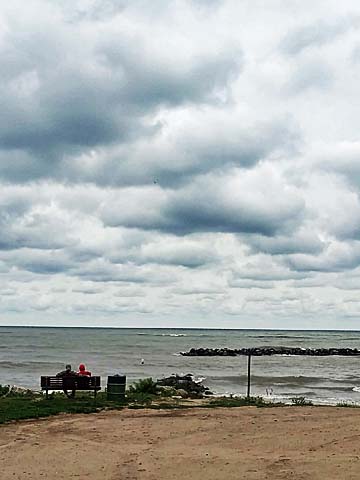 When Wade and I got married in 2006 I told my boss I hated the job and wanted to go back to the bakery. That is where I've been ever since. 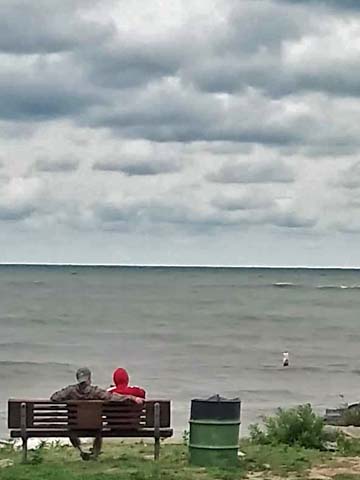 Last week during my 11 day stretch, the daytime manager was also on vacation which left the boss to take care of the office on top of all his other work. He handed me the keys to the office and said I could take care of it. Some of it I remembered and some I needed a slight refresher on. It certainly made the days go by quick since I was running most of the day. While doing my work in the bakery, I also had to run to the front of the store when they called for a manager.

This week is the dreaded fair week. Although I complain about it a lot, I've gotten quite organized with it over the years and it's really not as bad as it used to be. Mostly it's just a lot of extra work and a bit hectic. The bright side is that my reward for making it through the week is that I'm on vacation all next week.
Posted by Ann at 12:30 AM

I love hearing about your job history, I didn't know any of this. Do you have any plans for your week off yet? Maybe just wait and see what you feel like doing? I like the couple on the bench. What is that out there, maybe a sand bar?

What an interesting story! Does this mean you do the baking?

Handling all that you did office and bakery those past 11 days sounds mind boggling and very tiring to me. Glad to hear you have a weeks vacation coming up. Enjoy!

oh yay for the closing statement. VACATION all next week!! woo hoo.. I did the same thing, was team leader, took manager, 1 year later, went back to team leader. management is total stress... it is a good thing you were busy on you 11 day stretch, I don't like a job that is boring, I need to be working the hole time

Oh wow. I didn't know all that. It's good that they know and trust you like that and it gives you opportunity if you want it. That may come in handy if finances get too tight.

Glad to hear that you have vacation time. Are you going to do something? Or just rest?

Sometimes management is not for everybody, it's not the responsibility I didn't like, I hate supervising people. But good to know you can do it if you have to. I like the third iteration of the photo - something about the people aspect makes it appealing. And YaY for a vacation! I expect you are needing that.

Wow, you were definitely busy at work. Hope you enjoy your time off.

Wishing you a stress free Fair week and a great vacation next week. Cool photo. Those clouds are so cool.

I didn't realize you were the store manager at one time. That is a stressful job! I worked in a bakery during college and remember how the store manager was always being called on the intercom to come here or go there. It's much better to be in the bakery and closer to the frosting. Lol! Yay for vacation soon!

Those are some great pictures. Glad a vacation is coming up for you. You have a super day Ann.

What a work history. I didn't know you were there a store manager. Cool, but I get that you hated it.

I'm glad after this week you'll be on vacation for a week. Wonderful.

Have a fabulous day. Big hug to you and tons of scritches to Gibbs. ♥♥♥

No plans at all for my week off. Im jusg going to play it by ear. I think thag is a sand bar

Well i dont expect there will be more money involved other

My biggest problem with the job was being the only one taking care of everything at night as opposed to there being 2 there during the day. Then I wax the one that got blamed for things not getting done. I wax a babysitter to all the high school kids who worked at night

It was frustrating at night since I was the only one there at night with a bunch of high school kids who didn't like to work. I would go to do one thing and gen called for something else or a customer would stop me

That's cool that you have all that experience and can fill in for people! Sometimes it's nice to do something different when you've been doing the same thing for so long. Yay for vacation week! You deserve it.

Let us know what you do on vacation; sometimes just to chill out is fun.

Exactly, it's nice to have a change from the same old daily grind

I'm sure I'll do a lot of chilling out