The weather has been all over the place lately. On Monday I don't know what the temperature was but at one point I looked out and we were getting freezing rain. I noticed a nice layer of ice covering my car. Later I thought maybe I should go out and scrape some off so it wouldn't be so bad Tuesday morning when I had to go to work. When I went to go out the ice had already melted all off.

Tuesday morning as I headed out to work it was 52 degrees. 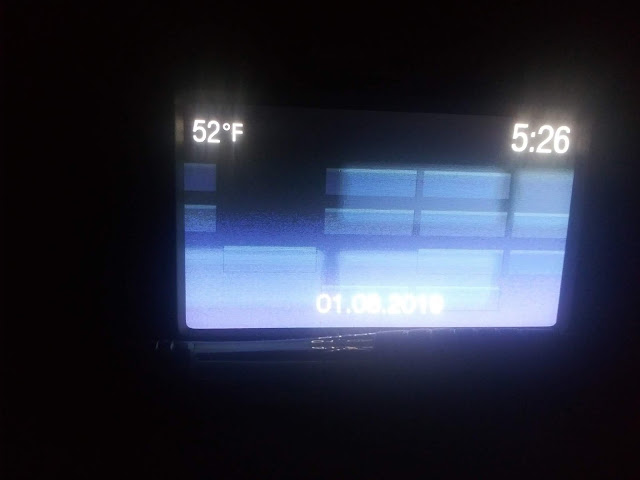 Wednesday morning it was 34 and an hour after I got to work it started snowing. 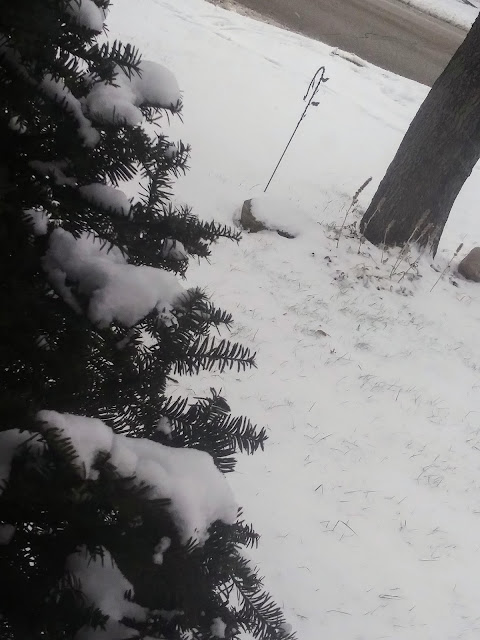 I shouldn't complain about the snow because other years we've had it much worse and so far we've been pretty lucky. I suppose I was hoping that this would be a snow free year but then I forget where I live. I doubt that will ever happen.
Posted by Ann at 12:30 AM

The weather has been crazy like this here too. The other day it was almost 70. Yes 70! And now it is freezing and to be 20 tomorrow, and a weekend snow storm coming up.

yours is worse than ours, but ours is also strange. we use heat at 5 am and ac at 6 pm same day. bob drives to park with heater on and ac on 2 hours later. we bounce back and forth day by day, just like yours. but no freezing rain, in fact no rain

2019 is shaping up to be another 2018 weather-wise - rain, rain and more rain with snow this weekend - I hate winter!

It's just cold here, but we've had some storms and lots of rain. We're happy about that since we live in a desert. I hope your winter is easy on you this year. You sure need a break.

Have a fabulous day, my friend. Big hug to you and lots of scritches to Gibbs. ♥♥♥

The weather keeps us on our toes that's for sure.

Same here in Mi. but not very much snow, just cold. Loved your bread shoes!

May be back white tomorrow , but it is already colllllld

I'm right there with you.

I guess we did get lucky because I had heard we were supposed to get a foot of snow and so far it's just a few inches if that. It's hard to tell since it's been so windy

As long as there isn’t too much, snow sounds a lot better than freezing rain. That’s one thing we don’t get around here. It sounds scary. The ice from the melting snow refereeing is bad enough.

I agree they are nasty and I hate to drive on ice. Luckily work is only a 1/2 mile away from home so it's a very short drive.

I agree. I'll take snow over freezing rain any day. It's pretty when you see everything covered in ice but it can be so dangerous and desctructive.

Well everyone, I'm on the other side of the world, in New Zealand - and it's a sizzling hot summer that finally got underway just before Jan 1st. I'm in Auckland region if you are curious - it's not rained properly, if at all since that date - most nights it's sticky/hot/humid until around 10pm - I keep saying I must get a fan, I wish in a way I had a "reverse pump" but my rental flat, doesn't & I don't even own a car with air-con...

Well it certainly is a big change from the weather we have. I wouldn't mind summer weather right now but not so sure I would want the sizzling hot/sticky/humid kind.
I do have air conditioning in my car but rarely use it. I've never cared much for a/c

Oh my, that is some crazy weather!!!