Happy Halloween everyone. I apparently had a little trick played on me early. The post I thought I didn't do was published on the 23rd. I don't know how that happened. I can only blame it on the ghosts that are out to play tricks on unsuspecting people.
So today the work starts on the bathroom. Tomorrow I'll show you the before pictures. That in itself is a little spooky. I just hope there's no tricks when he starts ripping into things.
I'll be hanging out in the dark tonight instead of passing out candy. It's just easier that way. Gibbs would drive me crazy going ballistic every time the door bell rang.
Other than that I've got pictures Amanda sent me in a text message of the pumpkins that Rob carved. Maybe she did some of them too and I'm sure that she'll text me later to correct me and set me straight. 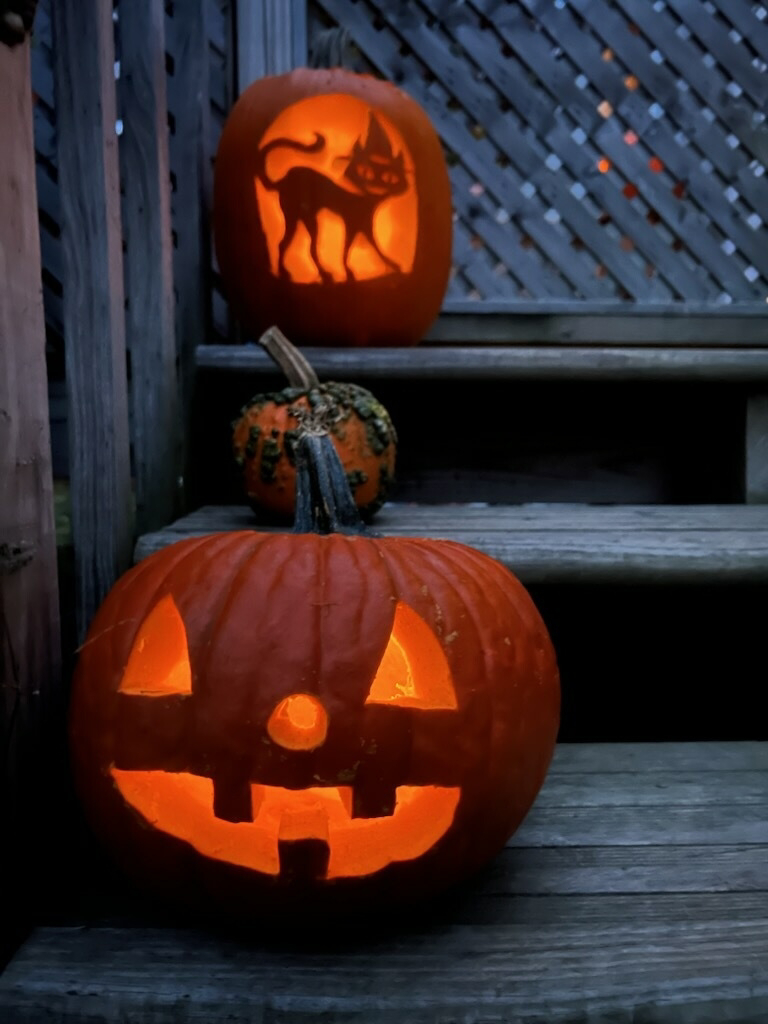 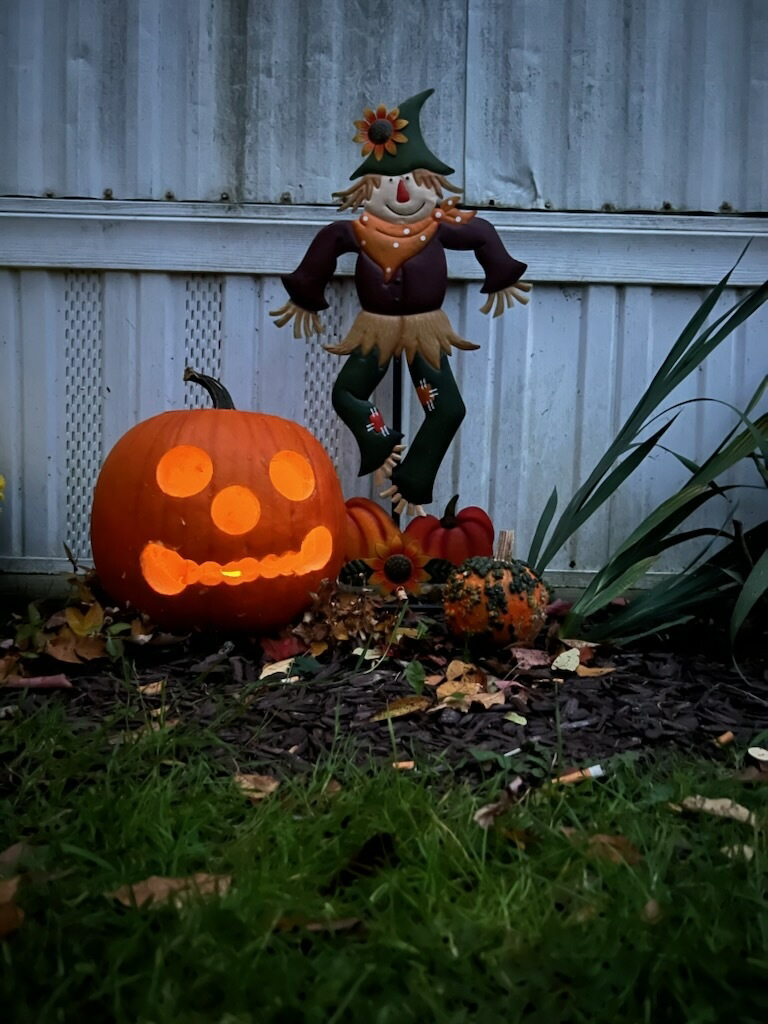 Hope everyone has a safe and Happy Halloween.
Posted by Ann at 12:30 AM

We haven't had trick-or-treaters here in years. On the Friday before Halloween the stores downtown give out candy and all the kids wear their costumes and do their trick-or-treating then.

Wow, this carver is talented! I especially love the cat one, that took some creative skill.

That cat is awesome. I also like the bone shaped mouth on the other.

great job on the carving whomever did them. I like that small pumpkin in the middle, with black onit. I can't tell you how many times in the past I have lost a post because it posted in the past. I leave them in drafts sometimes for weeks, and then click on the date without noticing it is in another month.

All of the pumpkins are fabulous, especially the cat! I love it.
Good luck with the bathroom. I can't wait to see pictures of before and after. Have a Happy Halloween!!

Pumpkins are great looking, especially the cat one! Job well done by Rob. I usually sit by the front door and wait for trick or treaters to come up and catch them before they knock or ring the bell so Winslow doesn't bark but it is easy to do that here with our warm weather. Since we won't be home hubby is going to dismantle the door bell so it won't ring. Hopefully without the light on no one will come to the door. Glad you solved the mystery with the post and good luck with the bathroom remodel.

Oh, I so live the pumpkin...someone is talented. I dont do the treats either...just don't feel like answering the door. One of our dogs was the opposite of Gibbs...she wanted to see every kid and be petted by every single one. But she was part collie..and I know there has to be collies that dont like kids but I have never seen one.

Cute pumpkins from Amanda. I haven't carved one since our son lived with us.

Love the pumpkins. Such fun and so well done. Mine always looked so sad, but fun to do.

Have a fabulous day, Ann. Big hug to you and lots of scritches to Gibbs. ♥

Love the pumpkins.
We don't get any trick or treaters - too remote.

Those are really cute pumpkins. We stayed in the dark last night too!

Hope your Halloween was FRIGHTastic!