I'll make my own.

Or not. The other day I mentioned that I was at a craft show and commented to one of the women selling about one of her items.

She had these, which are plastic snow globes from Dollar Tree. 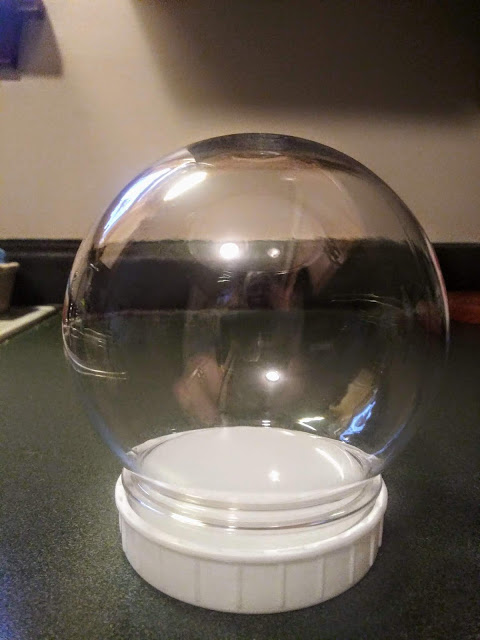 She filled it with fake snow and assorted small items and it was a type of game to find all the items hidden in the snow. It was a clever idea. I doubt I'll do that with mine but it was clever.

Any way, these have the plastic globe part, an outer lid and an inner seal/plug. I suppose you probably could put liquid in these if you really wanted to because the plug fits very snug. Not sure what I'll do with this. I have a habit of picking things up without having a plan because you never know when inspiration will strike. 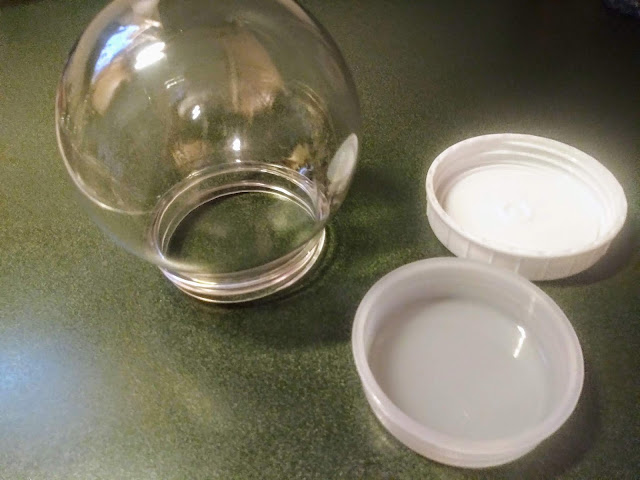 How cheap, I'm sure you'll find a good idea to use them.
Briony
x

Will that plastic stay clear or get cloudy with time y'wonder. Can't wait to see what you do with it.


That sure looks like a fun project. All kinds of things to do with it especially if you can use liquid. Have fun.

I say no liquid inside. and I know that inspiration will hit you and it will be perfect...I know what would fit inside, the tiny tree ornaments, the come on a card at dollar tree, 6 to 8 for a dollar,

I'm sure you'll come up with something since you're extremely crafty.

I cannot WAIT to see! Being as it was only a dollar, I would not trust the seal for any kind of liquid. Maybe just a cute scene with a tree, tiny deer, etc.! I think I will go and get one, then I will be ready for ideas after I see what you do.

I am very fond of snow globes - not that I have any of course but you can like and admire something without having to actually own it - I wouldn't put liquids in these either, I would think they are not secure enough for that - but it is always a wonderment to me what you find in those Dollar Tree stores - I've never been in one - I've never lived anywhere that had them - doesn't matter because I would look at all the things you find and just think "How odd - what is that for?"

I think I would make a snow-globe look alike. You know...have all the fake snow and cute scene in there...but no liquid.

It's a cute find!

Anni good question, I have no idea.

Marg, the possibilities are limited only by ones imagination :)

Ginny I doubt that I would use liquid in it but I've seen some cute ideas with fake snow. Pinterest has a lot of ideas for snow globes

Grace, I've always liked snow globes and have had several. Yeah I don't think I'll put liquid in this. Dollar Tree is a big deal with crafters and they have tons of stuff that people are always finding uses for other than what they were intended for. If you want to craft on the cheap though, Dollar Tree is the store to go to

Now you have me wanting to go to the dollar tree...if I could just think how to do something with it with Lorelei.

Oh, there are so many things to do with those. I think I need to run to Dollar tree! Thanks for letting us know about them! Stay warm! Your snow pics are pretty....but it sure looks cold!!!

That's pretty cool. I love snow globes, I collect them. It might be fun to make one.