I thought today that I would respond to a couple comments from yesterday's post. Anni commented that the Isle of couch sounded better than Margaritaville. I'm not quite so sure I think I would rather go to Margaritaville
Grace wanted to know if the appointments were just general check-ups. Mine was just a wellness check but will be followed by other appointments because I'm due for all kinds of things. There is blood work, pap test, mammogram, and I'll be getting xrays on my shoulder and going to an orthopedic specialst. I've been having trouble with my shoulder for some time now. Gibbs had to go for Lyme disease booster shot. Poor baby didn't feel so good last night and spent the entire evening laying on the couch sleeping being ever so quiet.
I should have taken pictures at the doctor's office while I was there but I forgot. When I got home I did take a picture of the back of the building since the doctor's office is right behind my house

I did snap a quick picture while I was sitting in the parking lot at the vet's office waiting for them to bring Gibbs back out. Not much to look at but it's a picture. 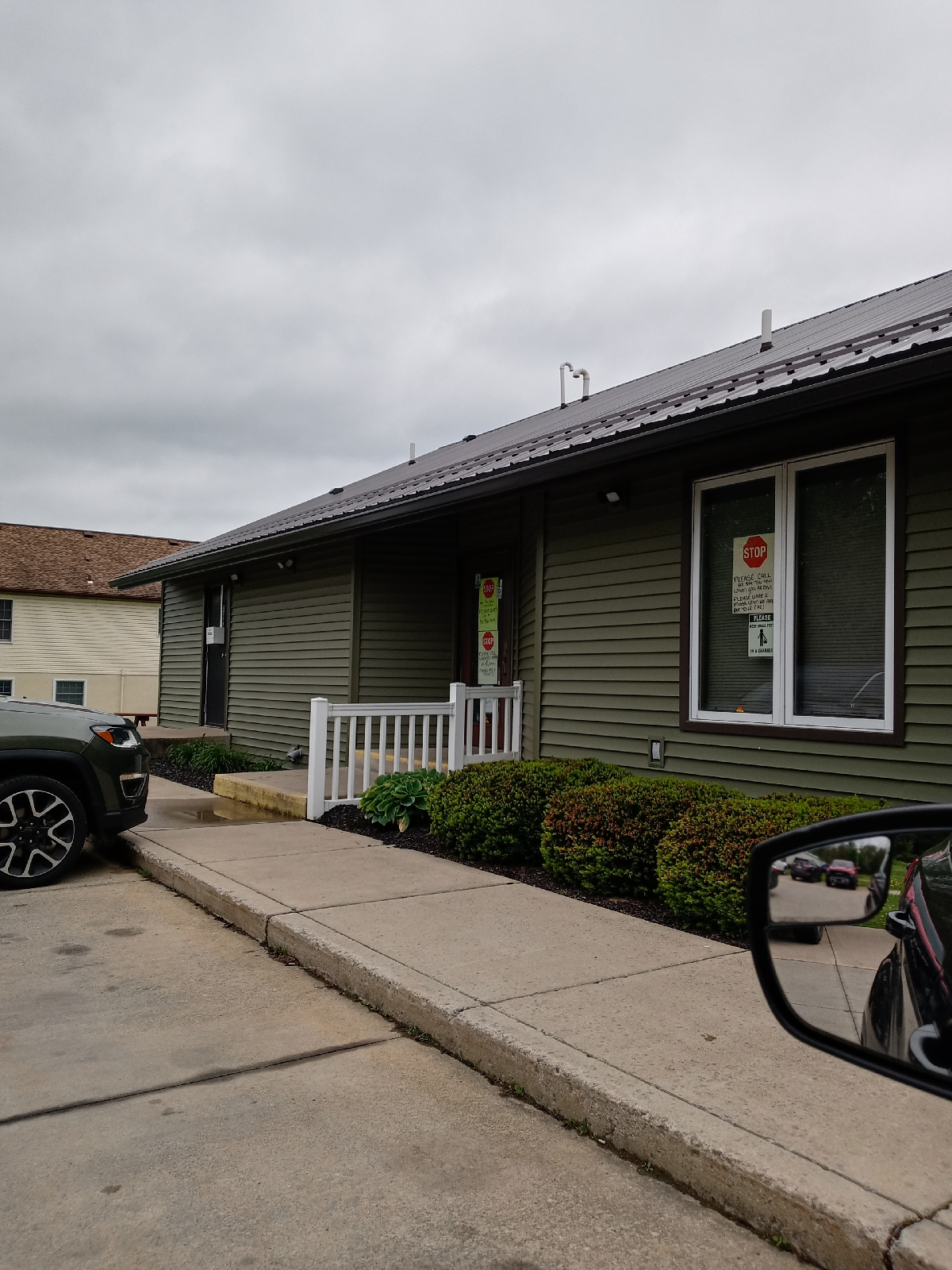 This is so cool that you live practically next door to your doctor! Keep me posted on your shoulder. I have severe arthritis and torn rotator cuffs in both shoulders! So I can help SHOULDER your burdens!!

A doctor that close? How lucky is that? Hope he/she can help out with your shoulder.

Hope Gibbs is better this morning.

Great article and sharing. I followed your blog now. Thx

OK, here's the PLAN. On your next day off, run really fast across that grass, run inside, sit down snap a couple of photos and back home to upload... DONE for another post. PLUS it would be exercise. phooey on the upcoming appts. but glad you went, i just did the annual, the mammo, the derm doc.. good for a while now. I thought I was happy with my doc being just 1 mile away but I would love to be that close. although they might not be happy. I have been known to drive to the office when I could not get through on the phone and APPEAR at the desk

Your Doc's office is convenient! I quite agree with you about Margaritaville!!

I'll go to Margaritaville with you! Nice to have your doc right across the street. Good luck with all the upcoming appointments, and I hope little Gibbs is feeling better today.

Your dr. is really convenient! Glad all was okay so far...other than your shoulder. And I hope you can get some relief with it.

I think I would rather the Isle of Margaritaville too!

I hope there's an answer for your shoulder. I also hope Gibbs is feeling better this morning.

I’m sorry about your shoulder, but it’s neat your doctor is so close. Ours is a couple of blocks away. Take care!

Such a busy time of year! Hope you get some answers for your shoulder. Sounds painful.

maybe go to someplace else and couch surf with the margaritas thrown in for good measure - does the doctor offer that service :-)

Talking about a fast trip to the docs office! I now challenge you to find another route home from there!! haha - hope Gibbs is feeling better.