I've had this riding mower sitting out next to my deck under a tarp for a few years now. I've had nowhere to keep it since the shed collapsed several years back. 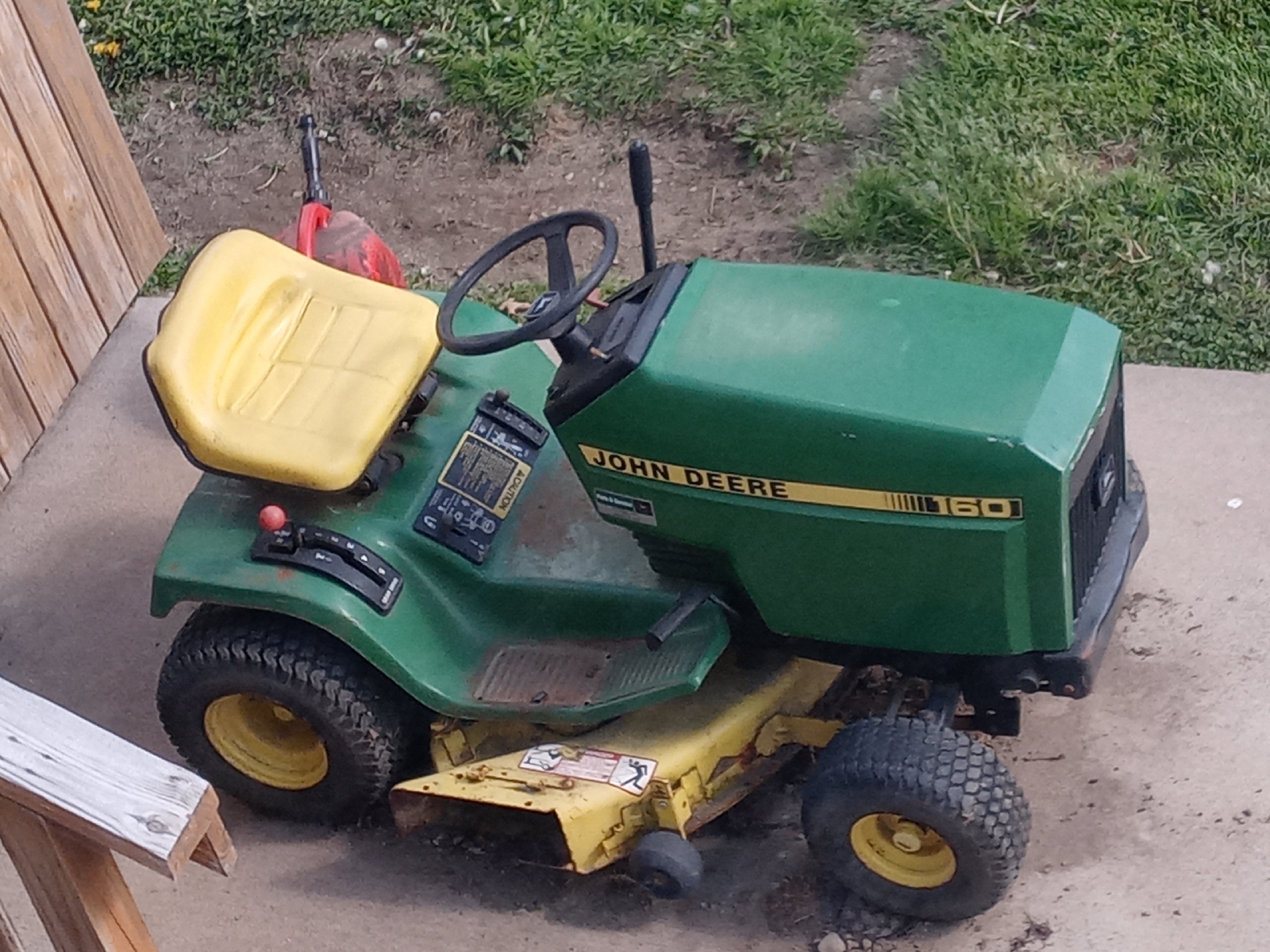 I've been trying to get rid of it and finally one of the girls at work said that her son might be interested in it. They came over Tuesday to have a look at it. When we pull the tarp off and he lifted the hood on it he asked me if I knew there wasn't a battery in it. I don't know when it happened, but somebody decided to steal the battery out of it. Not only did they steal the battery but they cut the battery cables. At least he came prepared. He had a small battery, a battery charger and starting fluid with him. Some people have all the nerve
Posted by Ann at 12:30 AM

Good GRIEF!!! Why didn't they just steal the whole thing while they were at it? Also, why are you not using it to mow the yard, it would be so much easier than a push mower. I sure have experience with bum shoulders. I have torn rotator cuffs and severe arthritis in each one. Sometimes I get injections under X-Ray in them. Keep me posted.

I tellya, those that have to steal things is beyond me!! So, did he buy the mower?

I'm with hootenanny did he buy the mower? And did he have cables with him? And did he get it started and drive it? This is your mission to answer all these questions asked today in your next post haha. If you so choose to accept this Mission we will all be very happy

I'll never get over what some people will do! I hope your coworker's son bought it.

You want to know about thieves? I live in California and thieves are everywhere.

I hope the battery was dead for the jerk who stole it. I'm sorry that someone did that.

Oh for pete's sake! People will steal stuff no matter if it's tied down or not. I don't understand humanity sometimes. Heck, not "sometimes"... MOST of the time. I hope you managed to get rid of the rider lawnmower. ~Andrea xoxo

Around here, like in all areas there are the few that think STEALING from yards is the way to do. Basically, everything is in my garage now, used to be in the shed. I don't understand the nerve of going in the yard to still something.....crazy.

Its a cute mower.

that's really nasty to find that a sneak thief was around, probably researched your movements - of course not knowing when it happened is even worse...

but seems the person, who hopefully loved and took it away, knew that things could be amiss. Probably thought more like a "flat battery"

I'm so sorry to hear that. That's just wrong!

That's too bad! Some people are so terrible!