Yesterday was a pretty long day. I think I woke up at around 2 and couldn't get back to sleep. Then the alarm went off at 4. I went right to Presleys party after work because it's easier on Gibbs if I'm late rather than go home let him out and then leave him again. But that isn't what this post is about. This is about the party.

My phone takes horrible pictures so I stole these from my daughters Facebook page. First the cake that I made for her.

I found the tea set at Walmart for $4.97. You can't really see it too well in the picture but the teapot has steam coming out of it. I made that with some tulle fabric wrapped around a white fuzzy stick (kind of like a pipe cleaner but from the craft department) Then I made a number 2 and covered it with glitten and glued it into the steam. 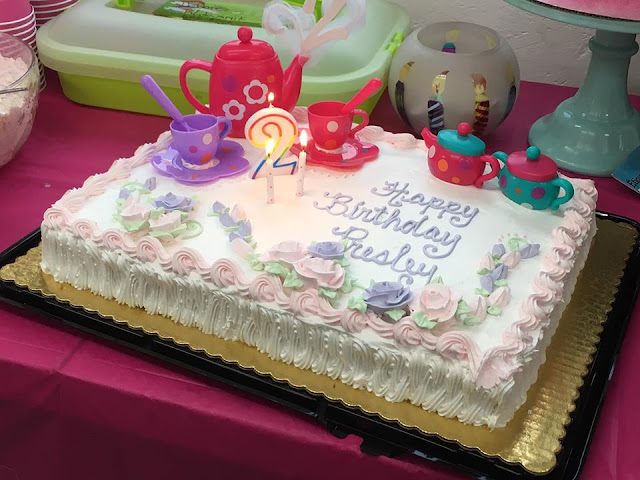 Then just some random pictures. None with the cowgirl boots on since she took those off about 5 minutes after we got there. 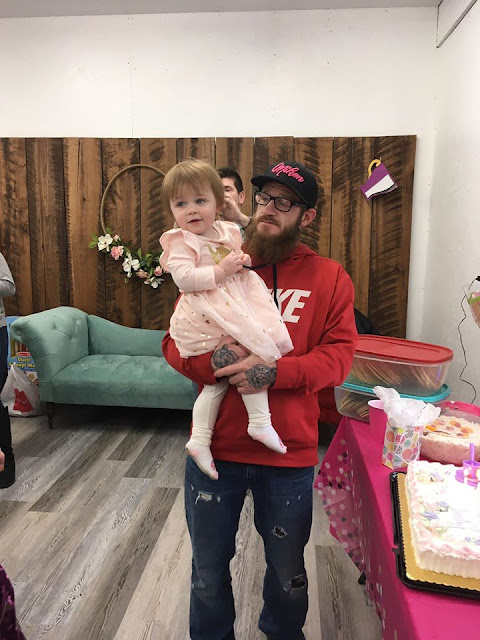 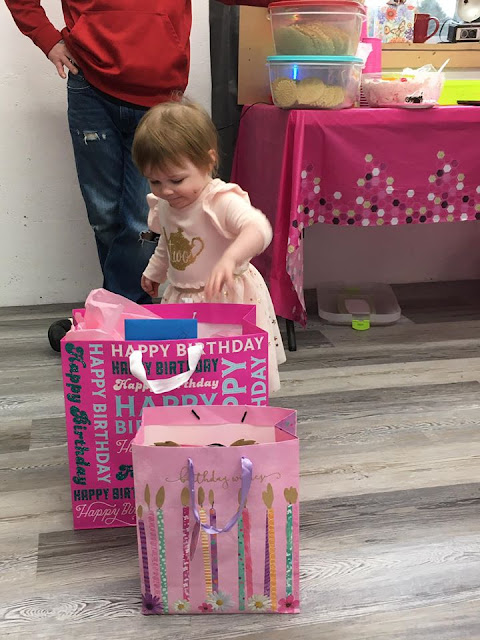 I think she liked the doll that her aunt Amanda got her. 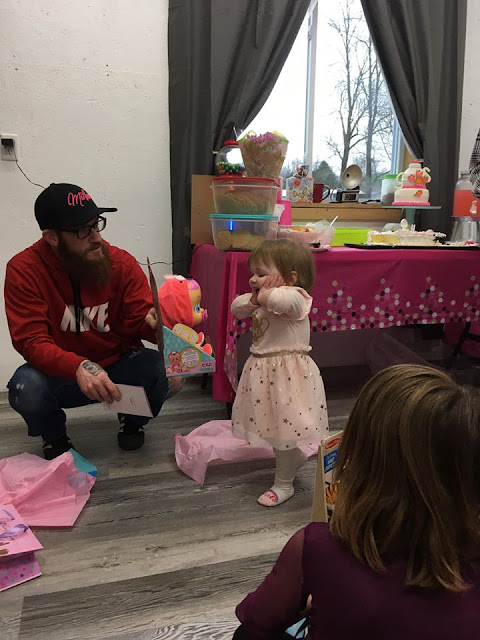 She's beautiful! And the cake is too. :)

How cute the last picture is! The cake is awesome, it is adorable. I would never have thought of buying decorations for it in the toy department, but it worked wonderfully! You are so creative.

You did a bang-up job on that cake, Ann.

Oh,she is so cute....cherish every moment while she is little...they grow up too fast. Her cake is besutiful... so well done. Love how you did the steam. I would never have thought of it.

that cake is adorable and perfect for Presley... I love the one where she is looking at the doll. so sweet.. I do the same thing with Big, I don't like to go home and leave again it upsets him

Thank you for sharing Presley's birthday party with us! She is such a sweetie. OMG, grandma made her such a beautiful and special birthday cake - she's a lucky little girl!

What a cutie! Her cake was really nice. Love the teapot theme.

Have a great week ~ FlowerLady

Awww, she's adorable and then some. The cake is awesome. Love the colors and the tea set. You did very well.

Have a fabulous day off, Ann. Big hug to you and lots of scritches to Gibbs. ♥♥♥

The cake is adorable! She does look like she was thrilled with that doll!

i saw the photos on FB but I did not notice the "steam" and the 2 coming from the tea pot. That is sheer genius and oh so very clever and creative.

So inventive, that steam coming our of the teapot, and the cake is wonderful.
Briony
x

Aw, what a sweetie! You did a fabulous job on the cake and extra decorations on it!

Happy Birthday Presley! She looks adorable and the cake is awesome!

Happy Bday....so cute. And I LOVE what you did with the cake. I used to make the grands cakes for their bday and I would purchase toys like trucks and dinosaurs to put on their cakes. My daughter was grown by the time I started doing cakes and other then Evie I don't have a girl to do this for...amazing.

Ginny, it was adorable watching her reaction. I often tell customers who want things on cakes that I can't do to try the toy section at the dollar stores.

Sandee, you get no argument here. I don't think she could be any cuter if she tried.

Grace thanks. I was originally just going to do the steam in the shape of a two but after playing it came out this way instead.

Briony, thanks so much

Lin I agree, she's a total sweetie and thank you

Pam, I often tell customers who want things on cakes that I can't do to try the toy sections. There are a lot of things there you can add to a cake

The cake is so cute and so is your granddaughter!! That you would even think to have steam come out of the teapot is sheer genius.

Reeni, thaks. I had so much fun making that cake. Originally I was going to make the steam in the shape of a number 2 but then after playing around it ended up a little different

the cake is awesome, especially with the tea-set that Grandma made even nore adorable...and at least Presley didn't rip the dress off, looks like it was a happy day...if not rather a long one for you...

Catherine, thank you. I had a lot of fun making the cake. Yes, it was good that she kept the dress on...lol It was fun and long. Once I got home I crashed on the couch until bed time.