Do you know what a penny rug is? A penny rug is a decoration made of stitched together coin shaped fabric scraps. If you would like more information about them you can check out the Wikipedia listing.

Any way the reason I ask is because I've been seeing a lot of them lately. While browsing around I happened to come across something that was for a crocheted penny rug. Interesting, or at least to me it was. 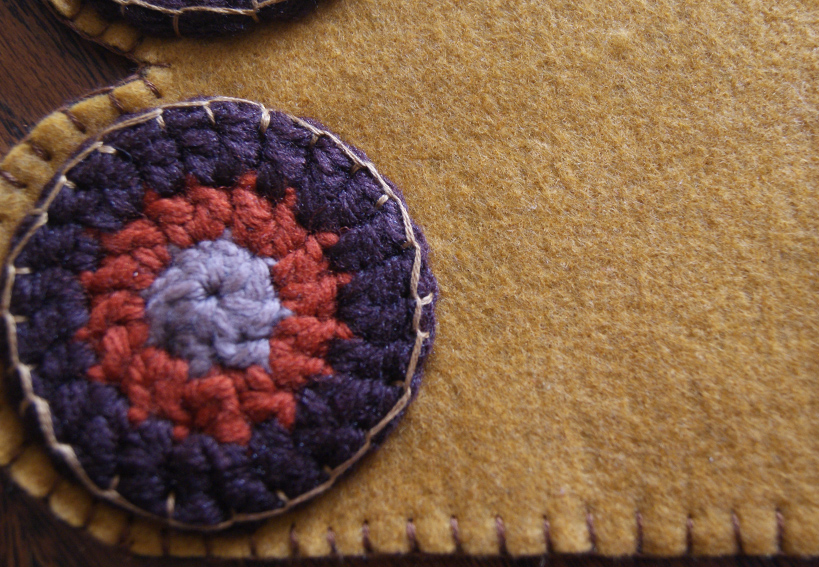 I didn't want to crochet the whole thing but thought just crocheting the pennies would do. I didn't have anything other than some cheap felt to stitch them to but I went ahead any way. So here is my make do semi crocheted penny rug. Or I guess it's more of a table mat or whatever you want to call it. 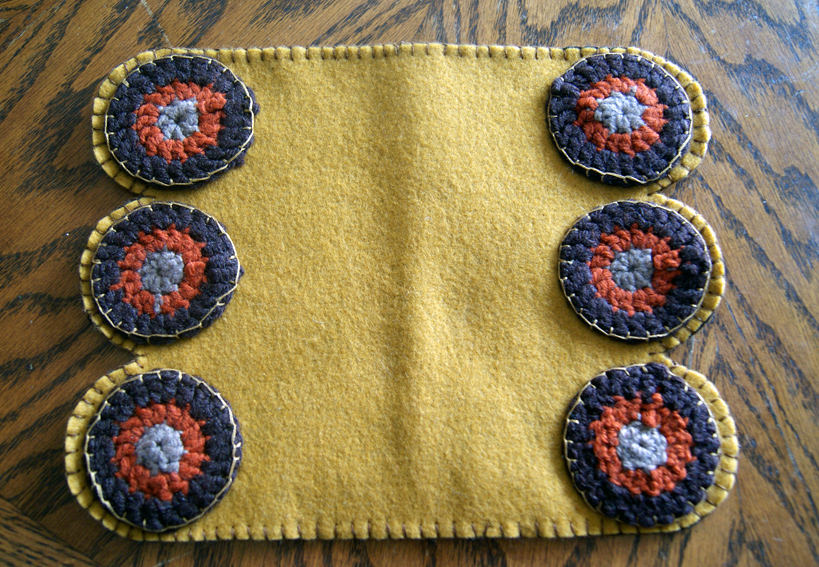 The colors seem to be different in all the pictures. The light wasn't the greatest but the closest to the real color would be in the last one except for the back looks blueish in that one and it's really black 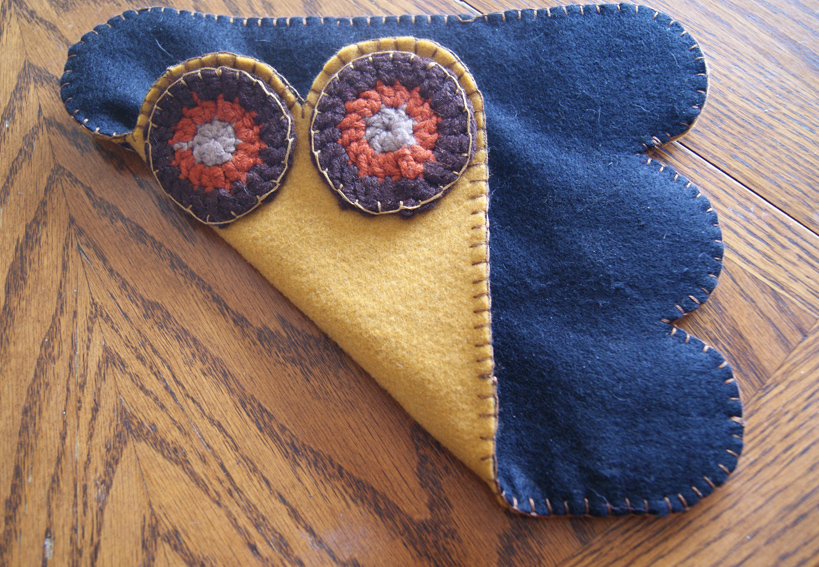 After I had this almost finished I had the idea of embroidering a saying on the front. I wish these bright ideas would hit me a little sooner. Maybe I'll make another one and add something to that.
Posted by Ann at 12:30 AM

I've never seen anything quite like this, and learned quite a bit, the name is appropriate!

I can imagine that would have an extra something if you did embroider a saying onto it. Is it too late for this one now?

Your take on the penny rug is adorable, Ann!

I don't think women-libbers would approve of this pattern. For they look like mini-pizzas to us manly men, and you know how we want our women in the kitchen!

oh for petes sake, i did not notice they look like mini pizza's until i read it in the comment. i am wondering if all those beautiful stitches around the outside were done by hand or on machine. they are perfect. and perfectly spaced. when i do that it looks horrible.

No, never heard of the Penny Rug...cute idea though...
hughugs

I hadn't heard of these before but it looks like the ideas could be endless with that design. You're so crafty!

I am so impressed with your crafting skills. If I were to attempt something like that it would end with a cat strung to the ceiling fan.

What Small Town Mommy said. You already know that though.

Have a fantastic day. My best to Duke. ☺

Love it! Clever you to think of doing crochet pennies! Great colors too!

Very cute penny rug/mat. Interesting and nice contrast using the felt. I like it a lot!

very nice, I had never heard of this

Looks like someone has been busy crafting and eating fun puppy treats while I was gone!!!

errr....that would be you crafting and Duke eating the puppy treats.... ;)

Where do you get all these great ideas?

You are so stinking creative! Let me have a little. :)

I have never heard of them either Ann...but you know I'm always interested in things crafty!! Yours is very nice...a placemat perhaps...or for a hot plate??

I've seen felt stitch flowers and thought they are pretty. your piece can even turn into purse.

But felt is so unwashable. Hmmm. Off to look at Wikipedia

I love penny rugs. I've never seen one with felt and crochet...the contrast is nice. Adding a saying is a great idea...like you, I always have my great ideas a tad too late!