I survived another fair week at work. I am so thankful that it's finally over. Not only did I have all the extra bakery work but one of the managers took the week off for vacation so I was covering office and making sure that fair orders were out the door when people came to pick them up. It was a pretty exhausting week and if I didn't fall asleep when I got home I had little energy left for anything but vegetating on the couch.
Yesterday morning I had a wonderful slow start to the day. I read blogs and drank coffee until it was time to go out front and watch the parade go by. 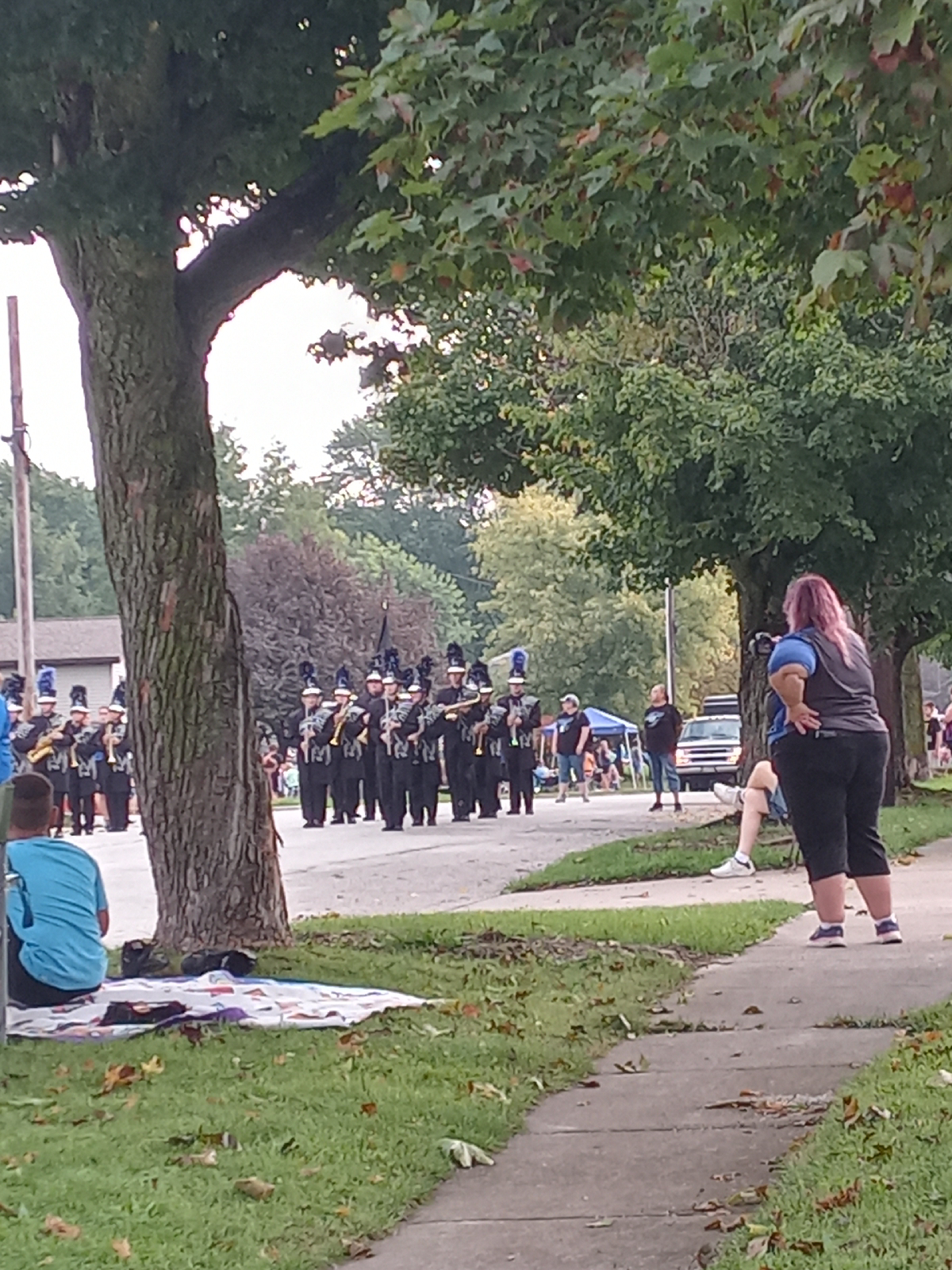 I can tell you that very little candy is thrown at an old woman sitting alone watching the parade A little boy that were marching in the parade was sweet enough to toss me some. 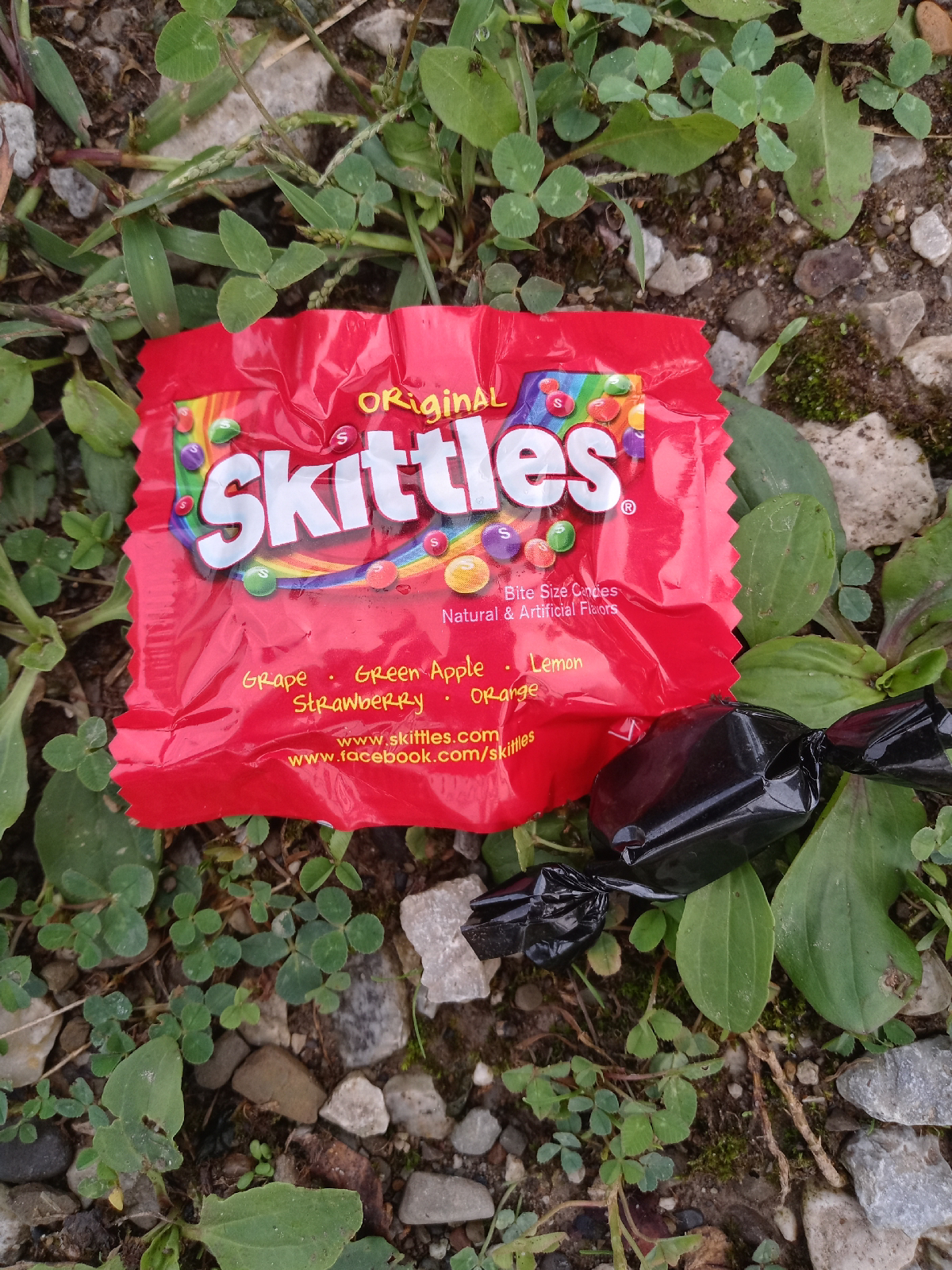 Other than that I spent the day reading, watching tv and doing laundry. Unfortunately it's back to work today but at least I know there won't be quite as much work. Or at least I hope there won't be.
Posted by Ann at 12:30 AM

Ih, my girls loved scv kittles when they were little.

is this a fair parade? i know you have different parades come by but can't think of a holiday this one is on. sounds like a good day to me, hope there was more rest than work. you should print a tshirt to wear saying i survived fair week

Glad you finally got a break! Skittles are one of my favorite candies!

What a week you've had! and I bet you didn't even get paid etra. So the parade throws candy out to the watchers? What is the name of the parade?

I'd rather have a beer while watching the parade. (Kidding)

You say that you had to make sure all orders were ready & out the door on time?...bakery orders?

I am not sure how you do it on your feet all day and dealing with the public. It takes so much out of me just to go to the grocery store. I did that Friday morn but nothing the rest of the day. Yesterday I got some things done around the house like cleaning out the litter boxes, and some laundry then a wedding late in the afternoon. So far this morn, I have done NOTHING! Its almost 11 in the morn and I am just now doing my coffee. HAHA....slow start! Hoping your day is a good one.

So one of the managers took the week off and left you with extra work? That sucks. Please take care of yourself.

What a week for one of the managers to take off and leave it all up to you! Glad that's over. So nice of the boy to toss you candy. I love the fact that you live in a town with a parade that comes down your street. Since we left Illinois over 30 years ago we haven't seen any of that.