Happy August everyone. So other than some beach pictures I don't really have a whole lot to say about them so I'm going to throw out some random thoughts here.

These were from our first stop at an area that is designated as beach one. 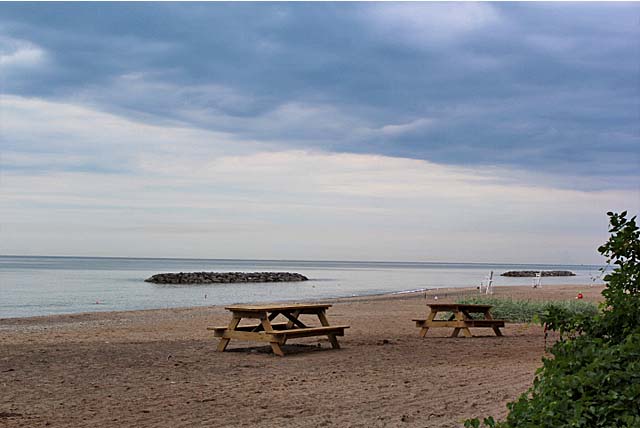 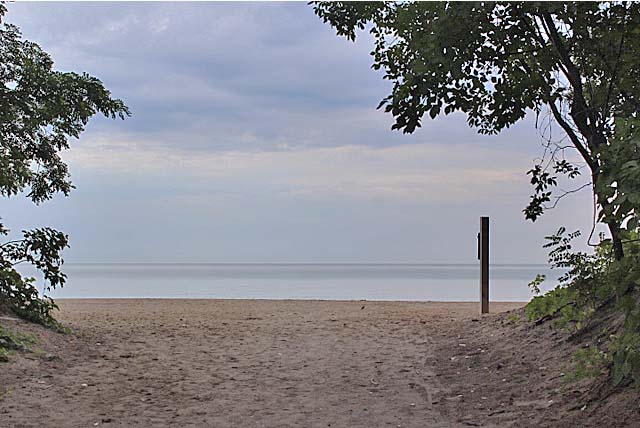 Last week I put my garbage out and when I came home from work it was still sitting there even though they had already come and taken all the neighbors. Well, since it's quarterly, I didn't know when the bill would be coming. Apparently, it must have gone to Wade's email which I haven't checked since June. I called them, got the answering machine and wasn't able to leave a message because it said the voicemail was full. I called the borough office and told them my problem and they said they would have him contact me. Tuesday still hadn't heard from them so I went back to the borough office because their voicemail is still full and they don't answer their phone. Apparently, the bill was 30 days past due. So why didn't they ever send me a bill in the mail? It's paid now and I can put my garbage out again.

Tuesday morning I got up, got dressed and went downstairs to get my coffee. In the dimly lit kitchen, I saw this 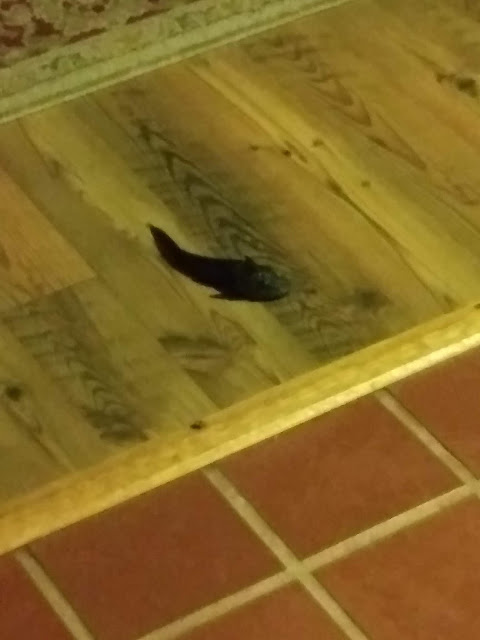 I was ready to kill Gibbs and wondered when he had done that. Then I got a better look at it. 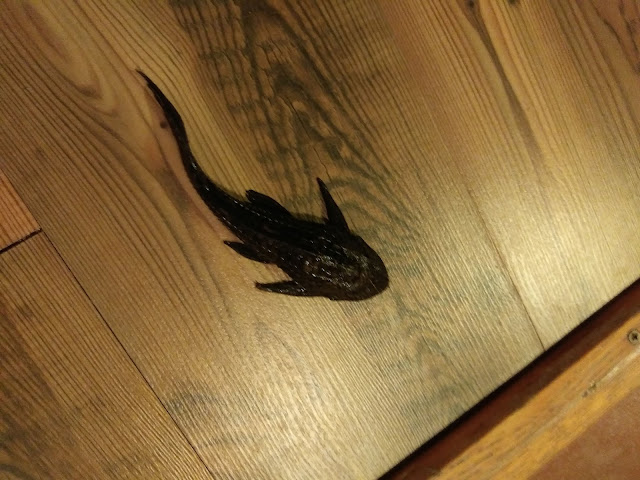 That is the algae eater out of the aquarium. After feeling a bit squeamish, I decided that the best course of action would be to get a spatula to scoop him up and put him in a bag. When I went to pick him up he squirmed. With a bag covered hand, I grabbed him by the tail to put him back in the aquarium but he flopped around and landed back on the floor. The second attempt he made it back in the tank. Not what I want to do first thing in the morning and before my first cup of coffee.
Posted by Ann at 12:30 AM

What a miserable time! My very first look, and I knew that was a fish. How did he get out? Did he jump? Your trash department needs to get some secretaries and get their act together!

poor little algae eater.. glad you found him before he expired or before Gibbs made a meal out of him/her... looks like a baby shark... hummmm and oh my on the way to find out your trash bill was not paid.. hope there are no other finds to find hanging around and this is the last of them..... is this the beach where you found your rocks

sooooo why did we not know you have an aquarium???? blog fodder... blog fodder.. you know I would have snapped the eating, swimming algae guy/girl and any siblings and the water and the bubbles etc etc

yuk about the creature, and sorry about the trash!

Love the beach. It's always a favorite place for me. Love the sounds of the ocean.

Yikes on the trash. Glad you got that sorted out.

Poor little fish. I hope he stays where he belong. Perhaps he's trying to run away from home.

The trash pick-up thing is odd to me because I've never had to pay a separate trash pick-up bill - of course the thought occurs to me - how did the guys on the truck know NOT to pick up your trash? Seems that they notified the drivers but not you! Oy! And that is one ugly little fish-thingy. It jumped out of the tank? That is a tad scary to me...I like fish - cooked, on a plate, with a lemon wedge...

What is the deal with that guy? Suicidal??

What the heck is with the garbage guys?? I wonder if people can get free garbage pick up in your area if their income is lower than a certain amount. I sure would look into that. Imagine the nightmare if everyone...or a LOT of people didn't pay their bill. I would imagine they would find a way to get rid of the garbage.

Sheesh, you are running into all sorts of weird stuff in this process. I wish something would go easy for you!

The beach looks nice! Hope the garbage bill was the last surprise for you! Glad you got it sorted out though. That must be one hardy fish to have survived the fall and being out of water. He looks huge!

There's no cover on the aquarium and he jumped out.

Yuk is what I said too. Trash problems all fixed now

I love the beach and don't go there often enough. It was so peacefil

I'm pretty sure the guys on the truck have a list of houses they are supposed to skip. I think Wade had the bill go to his email and that's probably where they sent anything else that may have said past due.
Yes the fish jumped out. There's no cover on on it. He is seriously ugly. That's the wag I like my fish too...lol

LOL maybe he's tired of having to do all the work in the tank.
I don't think there's free trash pick up but they did used to have bags you could buy and that was all you had to pay. If was for the older people mostly who has very little trash to put out. Then there are the freeloaders who find a dumpster they can toss their garbage in. The doctors office behind me had to put a lock on theirs

I hope so too 9n the surprises. It's all good now,they picked up today. He was quite a ways away from the tank too. Not sure how long he was on the floor

EWWW I would of freaked out! But I still feel bad for him - poor thing hope he's OK now.

Yikes! I totally would have freaked if I found that fish guy! Actually Romney would probably have taken care of him! If we don’t want to pay for trash pick up...we do have the option to take it to our town recycling place on Wednesday’s, Saturday’s, or Sundays. Just a thought...perhaps your town has a similar setup?

Sorry about your trash issues. Mark pays all the bills online but we still get the paper copies because I would be lost without them. That is really something about the algae eater!!