More from the cave.

Yesterday's pictures were just some of the things that sit on the ledge that goes around half the room formerly known as the man cave.
Here's a few more.
This is a metal piece that Wade bought before we were married but while we were dating. 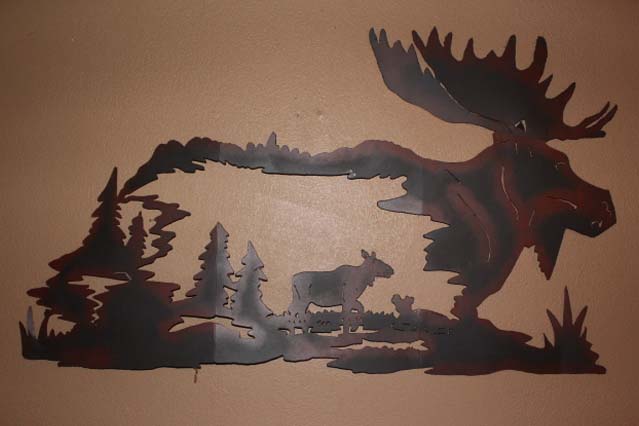 Another bear. He looks like he could use a good dusting or maybe he was rolling around in the dirt. 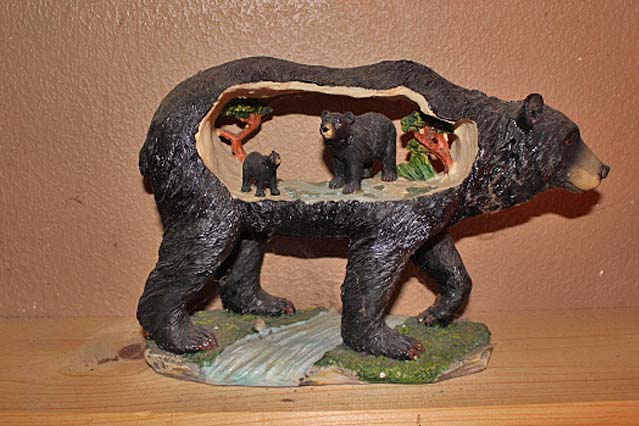 Of course you have to have a buck. 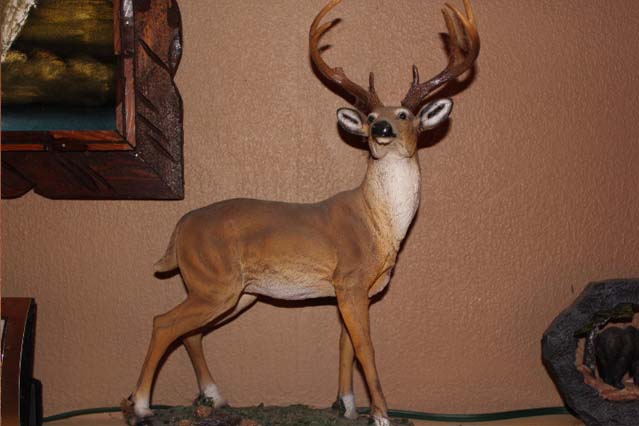 I picked these trees up at a craft show. They are cut all the way through so you can separate them or push them all together. If you are observant you will notice the dust and cobwebs. If you aren't observant, forget I just said that. 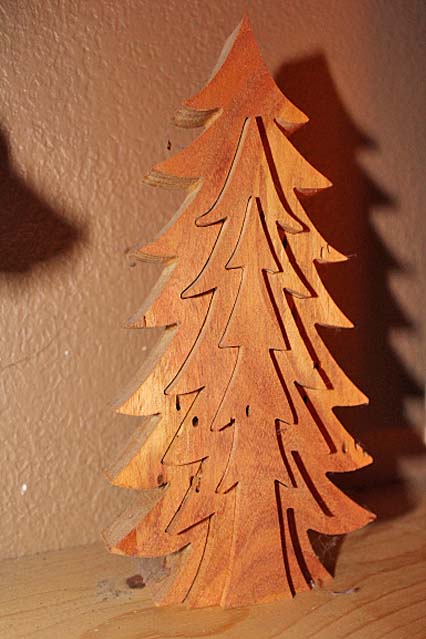 I have dust and spider webs also. ;-)

that metal moose is beautiful. how big is it? I have enough cobwebs just on 4 ceiling fans to make a pillow and probably a mattress if we gathered from all corners of the house. I am wondering where Ginny is, she was not on my blog and she is not here, she is always here when I come here in the am...

I like that tree to go with your animals. It all looks beautiful together!

Another reason I don't 'collect' things - dusting, so not my favorite thing to do (it it anyone's?) andyet I can't stand the sight of it. A lot of bear stuff...

The trees are neat! Who cares about dust?

I don't have many knickknacks to dust here and I can tell you that most surfaces are dusty. When you life in an agricultural area this is dust.

I'm enjoying your posts on the man cave. Very much so.

Have a fabulous day off, my friend. Big hug to you and tons of scritches to Gibbs. ♥♥♥

The trees are my favorite, I love them!!

Here in the south, webs h dust are all part of the decor! Love the buck...that's my favorite.

I was looking at some bird figurines on a shelf and thinking how they needed dusted. I thought maybe I should just get rid of them

I obviously don't because I have a lot of it

I really liked the trees when I spottedvthem

The cobwebs seem to accumulate twice as fast in this room for some reason.

I really love the metal piece and the puzzle pine trees!