On my post yesterday Ginny asked if the items in the picture we're all I was using. The truth is there were a couple more things that I used for this project that didn't make it into the picture. A lot of you guessed that it was a Valentine's projects and you were right. And what Valentine's project would be complete without a little bit of chocolate . 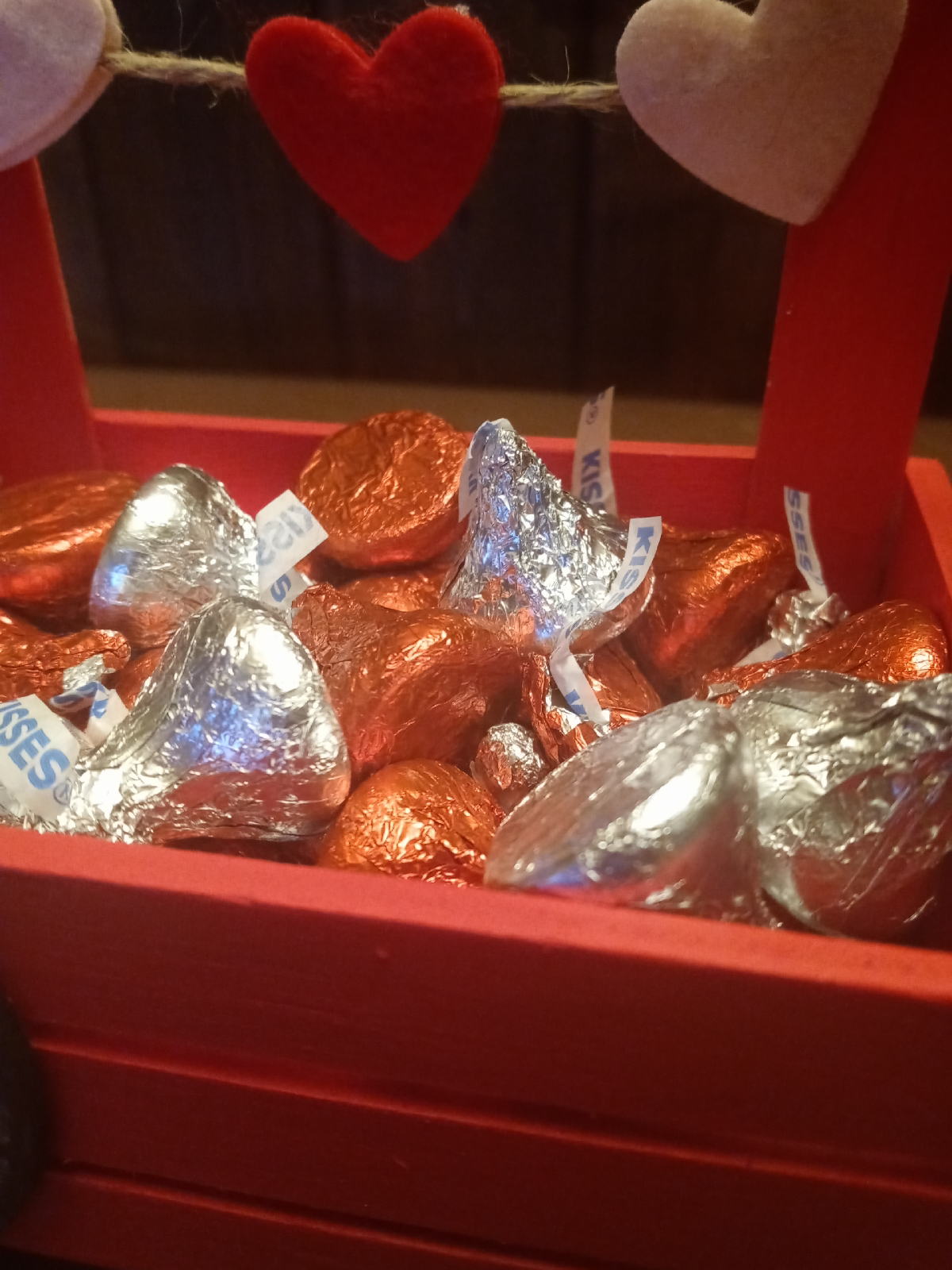 If you have kisses, why not have a kissing booth 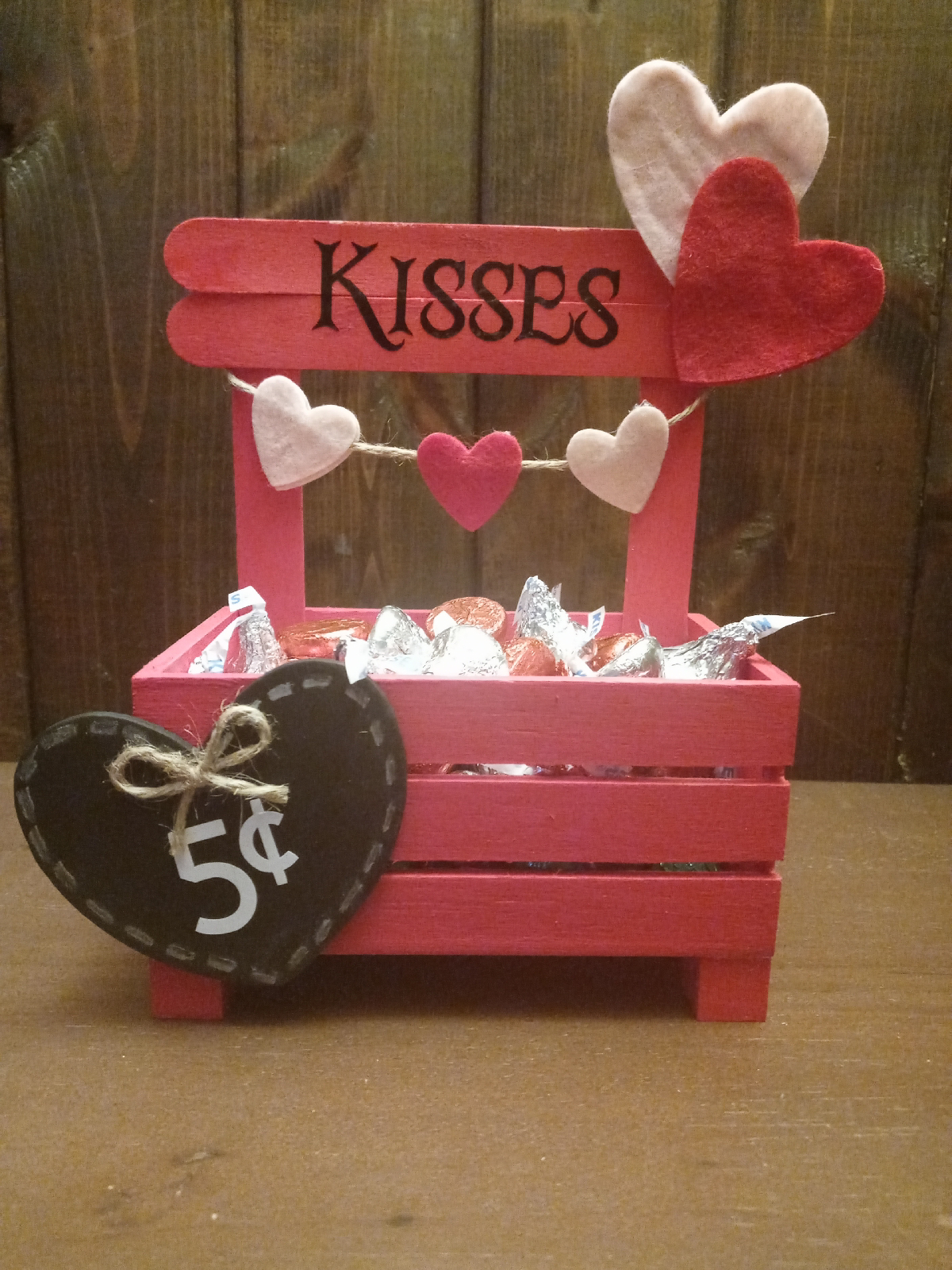 The pictures aren't the best since it was getting late when I took these pictures but they show you the project well enough. The felt hearts are red and pink but the pink ones look kind of white in the picture. My paint pen was drying out fast when I was trying to draw the white lines around the edge of the black heart so I ended up going over the lines with a silver paint pen. The word kisses and the 5¢ are vinyl cut on my cricut.
Posted by Ann at 12:30 AM

OH MY GOSH, this is totally adorable!!! One of your best. If you ever want to sell it, I am buying!

awesome - I still think some wheels on the box will add another dimension...

I love it! That is just an adorable little project!!!

You should have little Covid masks hanging off to one side to don before kissing! LOL- Yes- I am BAD to the bone! xo Diana

oops, I went to Easter basket forgot all about Valentines day and that will be my son's 57th Birthday. this is really really cute. I am wondering if we divided the cost of a bag of kisses by how many come in it, if 5 cents each would put you in the hole. ha ha

That is do cute!

Beside a babbling brook... said...

We need some Valentine Vibes in Jan.!!!

Not just wait till Feb.!

I couldn't see this cuteness yesterday, but many did. That's most adorable, Ann. I took some of the kisses. Yummy.

Have a fabulous day off tomorrow. Big hug to you and lots of scritches to Gibbs. ♥♥♥

I think that came out really cute. What a nice way to put out kisses.

How adorable Ann. You are always so creative!

I love it! It's so cute and friendly. ❤️

Cute...I love your kissing booth. Nice job. As for your style, I am like that I might love a mid modern piece but mostly its rustic, but basically what I LIKE@!

That is really cute!

That came out great! I love it!! Perfect place to store some chocolate kisses!! Very talented you are!

What an adorable display for candy! You did good girlfriend!
hughugs
Donna

This is so cute, what a great idea!!! Very clever Ann, I love it.

What a brilliant idea! This turned out so cute :) I love the heart bunting.